After all, it was only a bunch of elderly, mostly white, women allegedly smothered to death with their pillows.  Old women, so who cares!

Imagine if these had been Hispanic or Black women killed by a white American serial killer. The story would be front page news for months around the world!
When the ghastly story of how an illegal alien, Billy Chemirmir, broke (nationally) in mid-May of this year with the announcement that investigators had found a total of twelve deaths (so far) linked to Chemirmir, I said I would follow the case closely.
So every day or so I do a search and find nothing—zip, zero, nada—as the story drops down a media black hole.
Why is that?
Here are just a few reasons I believe the story is getting virtually no media attention: Chemirmir is black, his victims were mostly white, he was in the country illegally, the Texas police likely screwed up the investigation in a sanctuary city (Chemirmir had previous run-ins with the law), and lastly perhaps because the crimes are so horrific against vulnerable elderly women that the PC media movers and shakers know that if it was known widely it would add fuel to the immigration control agenda of the political right….
….and, heaven forbid, the President might tweet on the story if he saw it on Fox News!
Indeed, this past week marks a full year since Chemirmir was indicted and placed behind bars in the first case–the murder of Lu Thi Harris.
See my earlier posts on the Kenyan killer by clicking here.  I promised that I would follow this story, the ultimate nightmare for those of us who have elderly parents or grandparents living alone, to its end.

Below is a story from CBS News one year ago this week when Chemirmir was indicted in a murder that broke the case wide open.  One woman survived his attack and was able to give investigators crucial tips that led to his arrest. 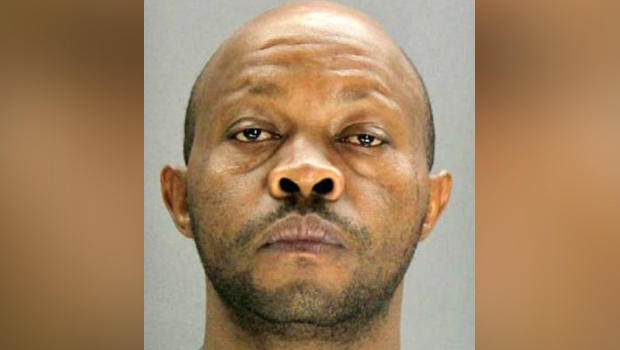 DALLAS — A grand jury in Dallas has indicted a man for the murder of an 81-year-old woman found smothered to death with a pillow in March and her jewelry stolen, according to court records.
The capital murder charge handed down Tuesday against Billy Chemirmir in the killing of Lu Thi Harris is the first death that the 45-year-old has been formally accused of, but officials in several north Texas cities are investigating whether several other cases with similarities are linked to him.
Investigators are also combing through more than 750 unattended senior deaths dating back to at least 2010 that weren’t previously investigated, searching for any possible similarities, officials said during a March press conference.
The string of cases first came to law enforcement attention in October 2017, in Frisco, Texas, where a 93-year-old woman told police a man had come to her retirement community door and identified himself as a maintenance worker. She said when she declined to have any work done the man forced his way into her home, knocked her to the ground, put a pillow over her nose and mouth and tried to suffocate her.
She survived, but the attacker left with several pieces of jewelry.
When Plano police learned of the Frisco attack, they realized it bore similarities to cases they had investigated. Investigators soon identified Chemirmir as a suspect. While conducting surveillance of the suspect, police said they saw Chemirmir throw several items into a trash bin, including a jewelry box with a name inscribed in it.
Investigators determined the box’s owner, Harris, likely lived in Dallas, and notified police in that city. When officers responded to Harris’ home, they found her dead from apparent suffocation.

More here.
Again, I am going to post regular updates (even if there are none!) on this case because I think it exemplifies everything that is wrong with law enforcement and the media when it comes to heinous crimes committed by those who should not have been in the country in the first place!
The Kenyan Killer is the poster child!

This case should be the subject of a book or a documentary film!

And, if someone does eventually tell the whole story they can get a head-start with their research with my posts here at ‘Frauds and Crooks.’

11 thoughts on “Texas: Story of Kenyan Killer Disappears from the News”