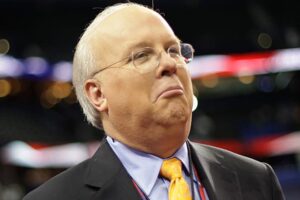 “If this day passes without incident, will they tear down these walls?”

Of course, there was no attack on the Capitol on March 4th and the Warroom’s Raheem Kassam was there and blasted the Republicans for quietly going along with the Democrats’ BS by not demanding a supposed intelligence report that such an attack was planned.

Watch! The Dems will now say it was the show of force that kept the marauders away!

I don’t have time to go into it, but I want you to have a look at this story from NBC about a study done of those arrested for being in the Capitol on January 6th.

Most charged in Capitol riot had no connection to extremist groups or one another, report finds

The closest NBC comes to mentioning that there might have been some Leftists in the scrum is after they say that the majority had no involvement in any known network, the “hodgepodge of individuals” had “varied and often conflicting ideologies.”

Many of those arrested were turned in as a result of the FBI’s public outreach, but others were found in this way:

FBI officials have said investigations also used facial recognition software. And a recently filed court document revealed that federal agents used a third method to identify rioters — obtaining lists of all smartphones and other cellular devices at the Capitol that were in use the day of the riot.

The document said investigators then compiled an “exclusion list” of people authorized to be in the building at the time. People whose numbers were tracked but were not on the list would be considered potential suspects, law enforcement officials confirmed Monday.

Just a reminder! CAIR wants to get rid of the use of facial recognition technology: