I don’t know if you have been seeing the stories about how we need more refugees and immigrants so that they can become our caregivers as we age, but I have.

Those warm and fuzzy stories are everywhere, and frankly it gives me the creeps because stories like this one are everywhere too!

(I have a bunch of news items I’ve tagged ‘elder abuse’ here at Frauds and Crooks.)

Please keep an eye on your vulnerable momma!  This son did!

Maybe there should be laws in each state that prohibit men from caring for women in nursing homes.

A Minnesota senior home employee was caught sexually assaulting an 83-year-old woman, who has Alzheimer’s disease, when her son checked in on her via webcam Monday night, according to reports.

The son said he remotely witnessed 52-year-old Olabamidele Olumide Bewaji caress and undress his mother before sexually assaulting her twice in her room at the Pillars of Mankato Senior Living home, the Mankato Free Press reported, citing a court complaint.

He told investigators that he used a speaker on the camera to demand Bewaji stop, according to the complaint. Bewaji eventually stopped, but the son noted he did so slowly. 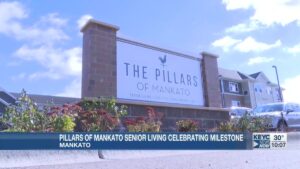 Police found the victim partially dressed and said she was confused as to what happened, the paper reported.

Bewaji, who works at the facility, initially denied the sexual assault, the Southern Minnesota News reported, citing the criminal complaint, but he later admitted to the sexual abuse after learning investigators would conduct a search warrant.

Bewaji also told police that he had sex with the woman last month and understood that she was a vulnerable adult, the reports said. He claimed that the octogenarian had initiated the sexual acts.

As usual our press never mentions the nationality of perps like this one, but the African media usually does!

Nigerian arrested in US for raping 83-year-old American Woman

Thank God for the poor woman’s son! Not only will he see justice for his mother, but he possibly saved other vulnerable senior women from the same fate.