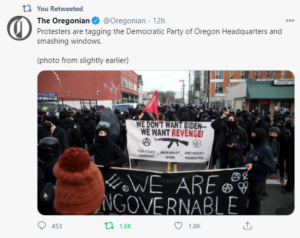 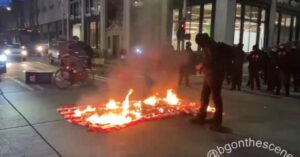 One thought on “Antifa Rioting Continues; Let’s See what Biden Does about these Domestic Terrorists!”