Violent language for me, but not for thee!

Jordan Davidson writing at the Federalist lists some of the many occasions over the last few years when leading Democrats used language to incite unrest among their followers.

We are all aware of the massive, really shameful, double standard when it comes to the media and their favored political pals, but honestly it is this double standard and its blatant unfairness that will fuel further unrest.

10 Times Democrats Urged Violence Against Trump And His Supporters

While Democratic politicians and the corporate media blamed President Donald Trump for the mob riot at the Capitol on Wednesday, saying his rhetoric incited violence, many of these same lawmakers and bureaucrats have for years called for violence and physical action against those who believe differently than they do.

“Hate to break it to you but if Trump had won, there would have been violence on Wednesday, and it most certainly would have been worse. How do I know? Because Democrats have been endorsing violence as a political tactic throughout the Trump Administration,” wrote Grabien founder Tom Elliott on Twitter. 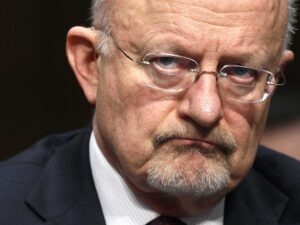 In 2018, Democratic Rep. Ted Lieu of California said on MSNBC that if Trump fired special counsel Robert Mueller, there would be “widespread civil unrest” as people would “take to the streets.”

Similarly, former Director of National Intelligence James Clapper agreed that if Trump fired Mueller, it would “set off a firestorm not only on the Hill but also in the streets.” 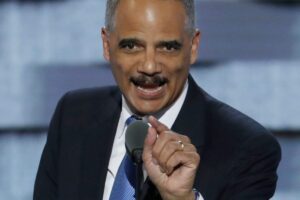 Former U.S. Attorney General Eric Holder encouraged a group of “liberal activists,” to fight back, a sentiment that was met with applause and laughter. 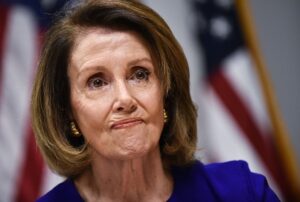 I’m sorry but I can’t help laughing at an image we likely will never see of Nancy in her heels running for cover on Wednesday.

Running from “ duck dynasty and the guy in the chewbacca bikini.”

Sen. Jon Tester of Montana took it one step further, encouraging people to “punch Trump in the face.”

“I don’t think even in states where Donald Trump won big that it does you any good running away from [him],” Tester said.

“I think you need to go back and punch him in the face.I mean, the truth is, is this guy is bad for this country.”

And, never forget that these Democrat leaders NEVER spoke up against their supporters, those raging and burning through American cities this past summer.

I’m not condoning any violence, but is it any wonder that those who love the President and know he won the election in a landslide reacted as they did on January 6th?

Be sure you do everything you can to remind people of the “dangerous rhetoric” of the Left!

But, have fun with it!  They cannot tolerate ridicule, the most powerful political weapon according to Obama’s idol Saul Alinsky.   They can dish it, but they can’t take it!

3 thoughts on “Dems Can Dish it Out, but They Can’t Take It!”