That is really nothing new—the number one target for the Dems to flip—Texas—has been numero uno for a number of years.
Trump’s State Department is simply continuing the trend even in spite of the fact that the state is inundated with border jumpers including the unaccompanied alien teenagers.
I hadn’t checked numbers at the Refugee Processing Center for some time, so thought I would have a look, and thought you might be interested.

Although the number of refugees admitted to the US is much lower now since President Trump came to office in January of 2017, it is not insignificant.

We admitted 62,730 third worlders from January 20, 2017 to today, and below is a map of where they where placed by the US State Department with the help of their resettlement contracting agencies.
The top ten ‘welcoming’ states are Texas, California, Washington, New York, Ohio, North Carolina, Pennsylvania, Arizona, Kentucky and Michigan.  (Note that several of those states are transitioning from red states to blue.)

When I check numbers for the present fiscal year (2019 which ends on September 30th), I see that we admitted 16,540 from October 2018 to today.  The top ten welcoming states remained the same except that Pennsylvania moved out of the top ten and Georgia moved in. 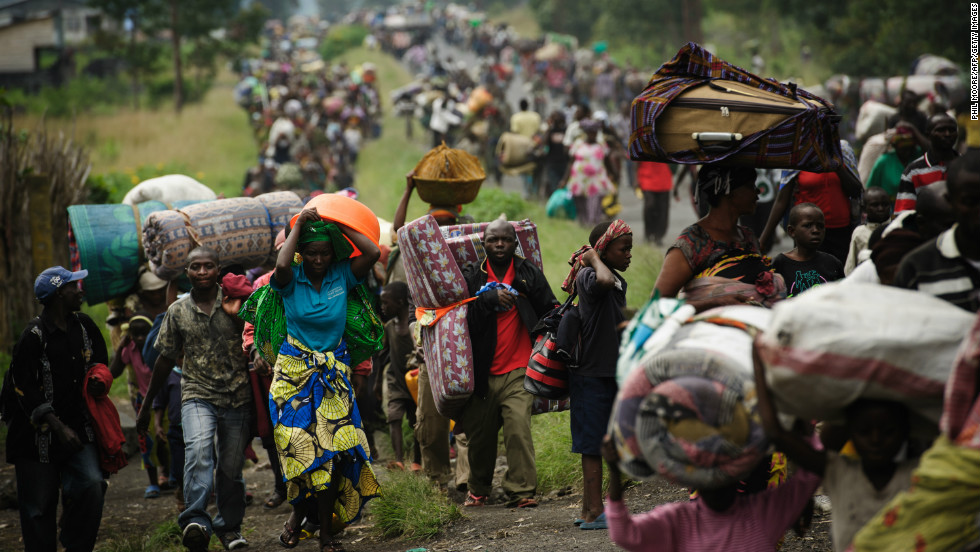 By far the largest ethnic group entering the US right now (and for the last few years) are the DR Congolese.
Five years ago the Obama Administration promised the UN we would help them clean out their camps and that we would take 50,000 DR Congolese over a five-year period. We are about there.
A check of the data from October 1, 2014 up through today shows that we took 49,228 of those African ‘refugees’ for resettlement in every state in the nation with the exception of Hawaii, West Virginia and Wyoming that received none.
In this fiscal year (October 1, 2018 to the present day) 7,727 have ‘made their way’ to your towns.
It should be no surprise to learn that Texas is the number one resettlement state for that particular ethnic group receiving 10% of all incoming Congolese.
It is not an understatement to say that Texas is changing—changing by changing the people—which is the overall goal of the Open Borders Left!
They know if they get Texas, it is game-over for Republicans ever winning the White House again!