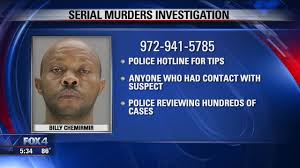 Five and six days ago some of the major media reported the case when the news first broke.  The Washington Post got around to the story two days ago, but I am still seeing nothing on it from CNN, and the New York Times simply published the AP story five days ago and has not done any further reporting that I can find.
As I said yesterday, imagine if he was a white redneck! The story would be front page news for weeks!
However, you can often count on foreign news services when a crime was perpetrated by one of their own! Kenyan Satellite News tells us more!
END_OF_DOCUMENT_TOKEN_TO_BE_REPLACED

Diversity is beautiful alert!
Thanks to all of you who alerted me to this news from Little Mogadishu, Minnesota.
The frightening incident occurred last Friday evening at a light rail station near the University of Minnesota in Minneapolis.


I’ve said it many times, but someone needs to make a quality documentary film about how Minnesota is being changed by an expanding Somali population originally seeded by the US State Department and ‘religious’ charities paid by the taxpayers to place large numbers of UN refugees there.
Then take that documentary on the road!
We have been cleaning out UN refugee camps in Kenya for decades and now are seeing the fruits of that foolishness.
I expect Minnesotans think that most of America knows what is going on there, but I am telling you that average Americans (like those in Maryland where I live) have no idea there are even some Africans from a place called Somalia living there, let alone that they are causing such chaos.
Hah! Maybe in some ways it’s good that the very vocal Ilhan Omar is representing a portion of the state in Congress.  She is helping educate the rest of the country!
Anyway, back to the hammer-wielding Somali teens which reminded me of the Lewiston city park attack by Somali teens in June of 2018 that resulted in the death of a white man.  But apparently no injuries were reported in the Minnesota rampage.
END_OF_DOCUMENT_TOKEN_TO_BE_REPLACED