I haven’t seen any major news stories on the horrific serial killer of defenseless elderly women case reported here on Friday so I just had a quick look.
No time to give you the details but check out One New Now with this headline:

You can bet that the news about these horrible murders would be running on a loop if the alleged killer was a white redneck!
And, for a laugh see that the Washington Post just discovered the story today.

Billy Chemirmir (aka Benjamin Koitaba) is referred to in about the 20th paragraph as a “citizen of Kenya” before admitting that he is in the country illegally.

See the One News Now story because they report what this ‘new American’ will cost taxpayers just for his likely life sentence, and that doesn’t include the cost of the investigation and trial.
I hope one day we will learn just how this alleged mass murderer got into the US in the first place! But, I won’t be holding my breath! 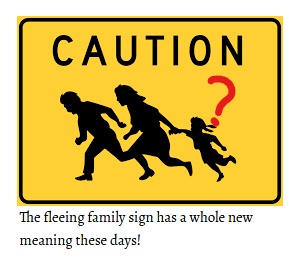 The other day I reported in my News Round-up on one pair of wannabe ‘new Americans’ exposed when DNA tests revealed that the child being escorted to the US was not related to the border jumper at all.
Now the Washington Examiner is reporting that in some cases on-the-spot DNA testing is being used to prove a fraud is being committed on us, however, it is only being used on a limited basis.
This reminds me of the shock the US State Department got in 2008 when they discovered that massive family reunification fraud among Somalis had allowed tens of thousands of Somali ‘refugees’ to get into the country illegally.
How could there be so many cheaters they wondered!  See my extensive coverage that began in 2008 when the Wall Street Journal first reported the Somali family fraud.
END_OF_DOCUMENT_TOKEN_TO_BE_REPLACED