When you hear the mainstream media use the phrase “unaccompanied children” coming across our southern border, don’t be fooled!
The vast majority of the “children” are teenage boys (in FY18, 85% were teens with 71% being males).
They are being distributed to “sponsors” in all fifty states.


According to data maintained by the Office of Refugee Resettlement over 30,000 were spread out across the country in the first six months of Fiscal Year 2019 alone.  Five states got the lion’s share.
We are thus on target to surpass the numbers seen in several Obama years.


Did you know you can check the data to see how many mostly teenagers from mostly Central America were placed in which states and which counties in recent years?

Not surprisingly Harris County, TX ‘welcomed’ the most as Texas was also the top receiving state for UACs followed by California, Florida, New York, and with Maryland coming in at 5th place.
See for yourself. Click here for states and here for counties.
Below are some data tables from the Office of Refugee Resettlement for your edification: 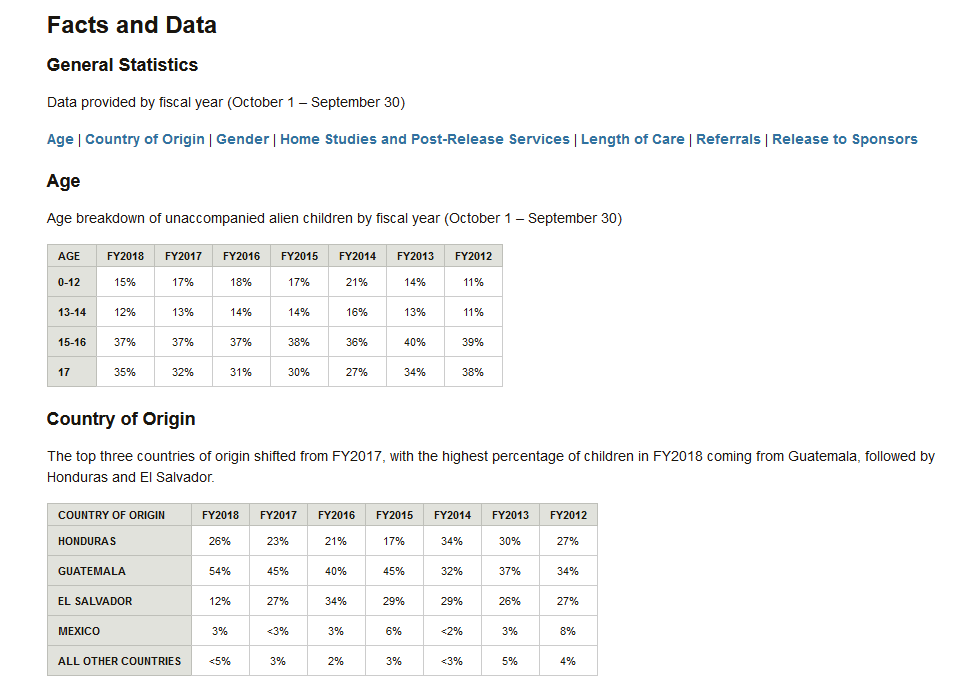 Now here is the data for counties where I’ve highlighted Maryland:

Again, go here to learn more about the “children” being spread throughout America.
Notice above that 35% of the unaccompanied “children” we took in in FY18 were 17-years-old. 35% of the total of 49,100 is 17,185 teens who turned 18 this year.
What do you think happened to them when they turned 18 and their sponsor’s responsibility ended?
You guessed it—free to go!

Looking for something to do? Why not use this data and write a letter-to-the-editor!