At least that is what the Associated Press reported earlier today.
As soon as it happens, I’ll let you know.  (See my post yesterday.) 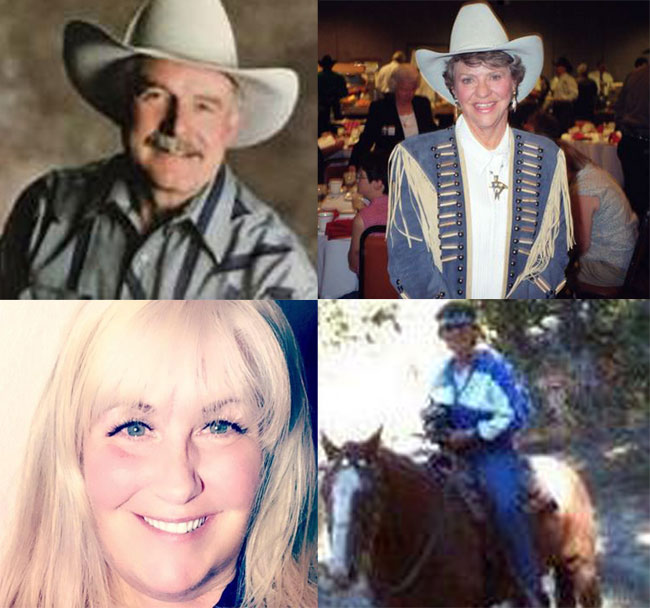 In the meantime, AP tells us a little about the four victims murdered in their homes.
AP story headlined:

Salvadoran man to be charged in Nevada killing spree

LAS VEGAS, Nevada —
A man suspected of being in the U.S. illegally shot and killed four people in Nevada over the past two weeks, including an elderly Reno couple, authorities said, and the slayings added fuel to the immigration debate.

Wilbur Ernesto Martinez-Guzman, 19, from El Salvador, has been jailed in Carson City since Saturday on possession of stolen property, burglary and immigration charges.
Authorities said they expect to file murder charges against him in Reno in the shooting deaths of a Washoe County couple and in Douglas County in the slayings of two women in Gardnerville.
Carson City Sheriff Ken Furlong said federal immigration authorities told his office that Martinez-Guzman was in the country illegally.

No details of how the four were killed has been released. All died within the same week.

The investigation began Jan. 10, when 56-year-old Connie Koontz was found dead in her home. Three days later, the body of 74-year-old Sophia Renken was discovered in her home about a mile (1.6 kilometers) from where Koontz lived, authorities said.


On Jan. 16, the bodies of 81-year-old Gerald David and his 80-year-old wife, Sharon, were found in their home on the southern edge of Reno.
The two were remembered as “jovial” by Tom Cates, a longtime friend who knew the Davids through Reno’s rodeo and equestrian scene.
Cates said Gerald David used his time as the Reno Rodeo Association president in 2006 to promote a breast cancer awareness campaign by getting the group’s cowboys to show they were “tough enough to wear pink shirts.”
“You walk into a room and his presence will just command attention. He was a true leader,” Cates said.
Sharon David was “exuberant” and “bubbly” and “loved animals to the hills,” he said. She was a former director of the rodeo.

Continue reading here to learn more about the other two victims. Be sure to watch the video which gives some more information about why the investigation is taking time.
The President has tweeted about the case, but most of the coverage so far has been local.  I expect that will change when the Nevada authorities present their case.
If murder charges are brought against Martinez-Guzman it will be up to you to get the information out far and wide. There will be great reluctance on the part of the Leftwing media to mention the case in light of their desire to defeat the President on the wall security issue.
They will be furious if he is right again!

The Westlake “man” (men) who is alleged to have ripped off US taxpayers for $2.7 million is a ‘new American’ from somewhere in the Middle East.

Of course none of the stories I’ve found mention the nationality (or immigration status) of the man and his son indicted by the US Justice Department yesterday in what may be the most egregious case of fraud I’ve seen in ten years of following these stories!
Rather than summarize the stunning news, here is the first half of the press release from US Attorneys Office of the Northern District of Ohio.  (Emphasis is mine)

A Westlake man with a history of food stamp fraud was indicted on charges that he continued to illegally accept food stamps at seven Cleveland-area gas stations, laundered the profits, illegally had firearms, operated an unregulated slaughterhouse and polluted a stream by dumping animal blood and other fluids into it.
Amin M. Salem, 59, and Mohamed Salem, 32, were both indicted on one count each of conspiracy to launder money and one count of engaging in real estate transactions using laundered funds.

Amin Salem is additionally charged with one count of making unpermitted discharges into a waterway, one count of distribution of adulterated, misbranded or uninspected meat and one count of being a felon in possession of firearms. That charge stems from Amin Salem having an AR-15 rifle and a Savage 12-gauge shotgun, despite previous convictions for conspiracy to defraud the United States, food stamp fraud, mail fraud, and money laundering.
Mohamed Salem, also of Westlake and Amin’s son, is also charged with trafficking in counterfeit goods for his sale of counterfeit clothing and apparel.
Zahran al-Qadan, 55, of Cleveland, was indicted on one count of conspiracy to launder money.
Prosecutors are seeking to forfeit properties at 43588 Stang Road and 7250 West Ridge Road in Elyria owned by the Salems.
According to the six-count indictment:
Amin Salem secretly owned several area gas stations: Henry’s Marathon at 3106 Fulton Road; Gas Way at 10606 Bellaire Road; Turney Sunoco at 6009 Turney Road in Garfield Heights; Harvard Gas USA at 7020 Harvard Ave.; Bellaire Gas USA at 3934 West 117th Street; Rapid Stop at 1712 East 55th Street and Memphis Shell at 7210 Memphis Ave.
Mohamed Salem managed the gas station’s finances of behalf of his father. The gas stations had terminals to accept and process Electronic Benefits Transaction (EBT) cards as part of the Supplemental Nutrition Assistance Program (SNAP), formerly known as food stamps.

Papa Salem was not permitted to own stores due to previous convictions, so Mohamed was running them!

The gas stations and the EBT terminals inside were in the names of Mohamed Salem or another person, since Amin Salem was prohibited from owning stores that processed EBT transactions because of previous convictions for food stamp fraud and related crimes.
The gas station terminals were used by the Salems to process more than $2.7 million in fraudulent SNAP transactions between 2010 and 2016.

The words halal slaughter are absent, but you know what this was all about!

Amin Salem slaughtered lambs and goats at his property on Stang Road in 2015 and 2016. He sold the meat, which was not inspected by the U.S. Department of Agriculture.
He also caused, without a permit, the discharge of blood and other bodily fluids from the slaughtered animals into Engle Ditch, which flows into the Black River and eventually Lake Erie.

There is actually much more in the US Attorney’s press release (click here).


One of yours Joe?
My first thought was to wonder where the ‘Welcoming Cleveland’ propagandists are about this ‘new American’ entrepreneur in their midst! (Westlake is a suburb of Cleveland).
Here is what Global Cleveland wants you to know:

“Immigrants strengthen our community in so many ways, and one of them is by opening businesses,” said Joe Cimperman, president of Global Cleveland, in a written statement. “These businesses do more than create jobs. They add vitality to our neighborhoods and become part of the cultural tapestry that makes Cleveland so special. They reflect our deepest DNA and remind us of the best of ourselves.”

What can you do?  If you live in the Cleveland area send the DOJ press release to Global Cleveland and to everyone you know! If you live elsewhere, this story must get out to social media because the national big media never reports these stories!!!