Joe Biden is asked about his disagreements with Kamala Harris on certain issues:

"Like I told Barack, if I reach something where there's a fundamental disagreement we have based on a moral principle, I'll develop some disease and say I have to resign." pic.twitter.com/SLcvrwaPCA

What does the horrific story of alleged serial killer Billy Chemirmir have to do with what we are witnessing with the 2020 Presidential Election steal?

Law enforcement did not, and is not, doing its job and the mainstream media is complicit in helping hide the truth because the narrative in both cases goes against the exalted media’s view of what they want you to believe happened.

They lie by their silence!

But finally a breakthrough for heartbroken families as People Magazine, read by the masses, is reporting on the horrific case.

If this is the first time you are hearing about Billy Chemirmir and his helpless victims, I want you to try to imagine if one of these vulnerable seniors, whose last face they saw on this earth was Chemirmir’s, was your own mother or grandmother. 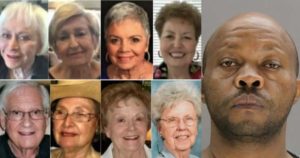 Three weeks before Christmas in 2017, Diane Delahunty spent the day visiting with her grown children at Preston Place Senior Living Apartments in Plano, Texas. After lunch, her children went home, leaving the vibrant 79-year-old in her comfortable upscale apartment. The plan was for her kids to return later in the week to help her decorate her Christmas tree.

But it never happened.

Three days later, Delahunty’s daughter returned to the apartment to find her mother dead on the floor with a bump on her head. The family assumed she had fallen out of bed and hit her head on the doorframe, but they also noticed that her wedding and engagement rings were missing.

“I was angry,” Edward Delahunty tells PEOPLE in its latest issue. “She was in good health. I wanted to know why this happened.”

But now, the Delahunty family — and many more like them — are facing something even more tragic. According to police, Delahunty’s death was no accident, but instead the work of one of the most prolific serial killers in Texas history. 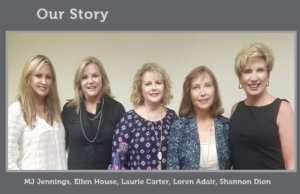 See my extensive archive on the case by using my tag for Billy Chemirmir.
Read about the daughters who created a website to get their message out that  changes in the law must be made so that this could never happen again to anyone’s beloved senior.
12/04/2020 ~ Ann Corcoran ~ 3 Comments

You have probably seen the video by now!  But, for those who haven’t I expect your reaction will be the same as mine—this may well be the smoking gun that makes it clear that massive fraud was perpetrated on our country.

The only question is whether law enforcement at the highest levels will get off their butts and investigate.

It is short, it is visual, and there can not be any reasonable explanation for what we are seeing.  Election officials in Fulton County, Georgia told the observers and the press to leave at about 10:30 on election night because they were going to quit counting (due to a lie about a water main break) and resume in the morning.

Under Georgia law counting cannot be done in the absence of observers, but the video clearly shows that as soon as the room was cleared a handful of workers began pulling suitcases of ballots from under a table covered by a black cloth, and began feeding them into the machines.

WATCH: Video footage from Georgia shows suitcases filled with ballots pulled from under a table AFTER supervisors told poll workers to leave room and 4 people stayed behind to keep counting votes pic.twitter.com/AcbTI1pxn4

Here you can watch the entire 30 minutes of testimony.  I was surprised that Youtube even had it.  But, note that this has only 331 views, so you might like to help boost that number.

I was especially outraged at the statements made by Senator Elena Parent, chairman of the Georgia Senate Democrats beginning at 18:50 mark in the video above.  She claims all of this has been debunked weeks ago.

Classic moment:  “Who you gonna believe, me or your lying eyes?”

However, keep watching and you will see that later another Senator (at 28:43) points out that this is the first public viewing of the video from the security cameras at the State Farm Arena. It could not have been previously debunked as Parent intimates.

The lie about a water main break is discussed here as well.

Fact Check: Video From Georgia Does NOT Show Suitcases Filled With Ballots Suspiciously Pulled From Under A Table; Polls Watchers Were NOT Told To Leave. https://t.co/4BCl66WPt3

Here is what I think happened in Georgia and elsewhere:

Trump was so far ahead that the planners of the massive fraud were scrambling to get their bags of fake ballots out of storage. They had to halt the counting (or pretend to halt it) so that no one saw them pulling out those stored ballots. It was all part of a plan, but two things (maybe more) went wrong.

First, they didn’t anticipate needing so many fraudulent ballots thus exposing statistical impossibilities in the vote tallies, and they didn’t count on President Donald Trump fighting so hard with patriotic legal fighters on his side who are not willing to give up.