First, here is an account of what happened on Thursday.

The suspect killed during what the FBI is calling a “terrorism-related” attack at a Texas naval air base voiced support for hardline clerics, according to a group that monitors online activity of jihadists.

The attack Thursday at Naval Air Station Corpus Christi wounded a sailor and left the gunman dead. The gunman was identified on Friday by the FBI as 20-year-old Adam Salim Alsahli of Corpus Christi. He had been a business major at a local community college.

The gunman tried to speed through a security gate at Naval Air Station Corpus Christi, opening fire and wounding the sailor, a member of base security, U.S. officials told the AP. But she was able to roll over and hit a switch that raised a barrier, preventing the man from getting onto the base, the officials said.

Other security personnel shot and killed the attacker.

So, if you are guessing it was a student visa that permitted him to be living among us, you would be wrong.

Todd Bensman, writing at the Center for Immigration Studies describes one more way that our immigration system is too loose making us vulnerable to those arriving here from Islamic regions of the world and wishing to harm us.

How the Corpus Christi Jihadi Attacker Entered the United States

The Syria-born attacker killed Thursday morning during an apparent jihad-inspired attack on a Texas naval air station was neither a resettled refugee nor an asylum-seeker who slipped through security vetting. Instead, CIS has learned that he fell under an immigration category unusual for foreign-born extremists who have attacked inside the United States. 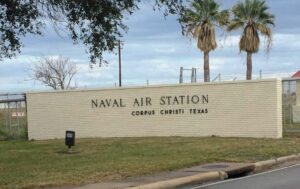 Adam Alsahli, 20 at the time of his death Thursday, was already a U.S. citizen when he moved from the Middle East to Corpus Christi, Texas, in 2014 with his mother (and likely several siblings) at the height of the Syrian civil war, by virtue of his father’s American citizenship, according to two sources familiar with the family’s immigration status.

The attacker’s 75-year-old father, Salim Alsahli, became a naturalized U.S. citizen in 1984, the sources told CIS, and subsequently seems to have sired a family back in Syria that included Adam Alsahli’s birth in 1999.

Although his children and their mother were born in and resided in the Middle East, the father’s U.S. citizenship conferred U.S. citizenship on Adam Alsahli, since he properly registered a declaration at a U.S. embassy or consulate office overseas. That apparently happened with Adam Alsahli because by the age of three, in the year 2002, he was granted an American passport that was repeatedly renewed over the years, sources said.

In 2014, at the height of the civil war inside Syria, Adam and at least his mother moved to the United States. The mother is currently a legal permanent resident who has a pending application for U.S. citizenship, the sources said.

With an American citizen father anchored inside the United States, Adam Alsahli, his siblings, and their mother would not have entered any refugee resettlement pipeline, nor would they have had to apply for asylum, processes that would have required fairly extensive security vetting. Adam Alsahli, then about 15 years old, would have been moved right to the front of the line with almost no security vetting; likely the same would have been true of his mother and siblings.

Little is known at this point about Alsahli’s interest in Islamic extremist theology or connections to foreign groups, as the FBI continues an investigation. Nor is it yet known where the family was living prior to entering the United States in 2014.

4 thoughts on “TX Naval Base Shooter was Syrian Jihadist, See How He Became a New American”