Just ten days ago, I mentioned this story about CAIR NJ.  I see there is no new news on Amani al-Khatahtbeh’s  hate call complaint. 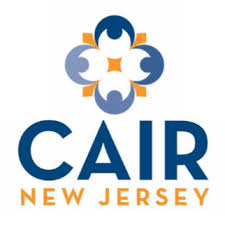 (SOUTH PLAINFIELD, NJ, 5/5/2020) – The New Jersey chapter of the Council on American-Islamic Relations (CAIR-NJ) today welcomed charges brought by Essex County prosecutors against a man who allegedly rammed his SUV into the occupied vehicle of a Muslim woman and her son.

According to a Nutley Township police report, on May 21, 2020, Michael Morrison, 55, attacked the victim while at a Carvel in Nutley, N.J. While inside the Carvel, Morrison allegedly yelled, “You’re a terrorist”, and “I’m going to kill you” at the victim, and her 16 year-old-son.

After exiting the Carvel and driving away from the facility, Morrison reportedly proceeded to follow the victim in his SUV and purposefully crash into the driver’s side of the victim’s vehicle while she remained parked at a stop sign. Morrison allegedly then fled the scene. Later that evening Nutley Police arrested of Morrison at his home.