No, they are not alone, the other eight federal contractors have begun their anti-Trump chorus as the 6-month-mark in the fiscal year has been reached and they see that once again refugees (paying clients) admitted through the US Refugee Admissions Program will be low.
(I reported the low number here last week.)


Not surprisingly my alerts are filled with news stories this week about how the meany Donald Trump is causing suffering for those waiting all around the world for their ticket to your town.
But, as you may remember, the Trump Administration said the numbers for regular refugee admissions would be low because the Administration was faced with a huge and growing-daily backlog of asylum seekers at the southern border.
Asylum seekers are refugee wannabes—they say they will be persecuted if returned to their home countries and therefore have a “right” to ask to stay in America permanently.
But, this is what never made sense to me—if groups like the Hebrew Immigrant Aid Society cared so much about those waiting to get here from Africa, Asia and the Middle East who have been at least nominally screened, why are they at the border putting on media stunts to pressure us to allow illegal aliens (they call them NEW Americans) of all sorts across the border?

The only thing that makes sense is that they are pushing a socialist (communist!) agenda that really wants to see America swamped with impoverished immigrants in order to change us forever (which they have a right to push for), but when they do it with our tax dollars we have a duty to raise serious questions about it!
Here is the HuffPo story from Wednesday that caught my interest,

The U.S. is on track to resettle an exceptionally small number of refugees this fiscal year, with some advocates projecting the total will fall 19 percent below President Donald Trump’s already historically low quota.
Last year, Trump capped refugee admissions at 30,000 for fiscal year 2019 ― the lowest ceiling a president has placed on the resettlement program since it was created in 1980. Six months after the fiscal year began on Oct. 1, State Department statistics suggest that a little over 12,000 refugees have arrived in the U.S.


If admissions continue at the same pace, it’s likely that the U.S. will only welcome around 24,400 refugees this fiscal year, according to estimates from World Relief, an evangelical Christian organization that is one of nine voluntary agencies helping the government resettle refugees.
[….]
HIAS, a Jewish organization that helps resettle refugees, told HuffPost that it was “deeply disappointed” by the historically low number of refugees admitted to the U.S. so far this fiscal year. Naomi Steinberg, the organization’s vice president of policy and advocacy, suggested that these policies have caused harm to refugees fleeing persecution and tarnished America’s reputation.
“For each refugee who isn’t resettled there is a real human consequence: a life is in jeopardy, family remains separated, a child cannot start their education,” she said. “In addition to the human consequences, the United States’ global leadership is eroding.”

More here.
So how many of your tax dollars go to HIAS?
Charity Navigator tells us the latest numbers (for fiscal year ending December 2017).
Federal grants to HIAS totaled just over $20 MILLION and that amounts to half of their total income for the year. And since that is our money, it makes what they do our business. 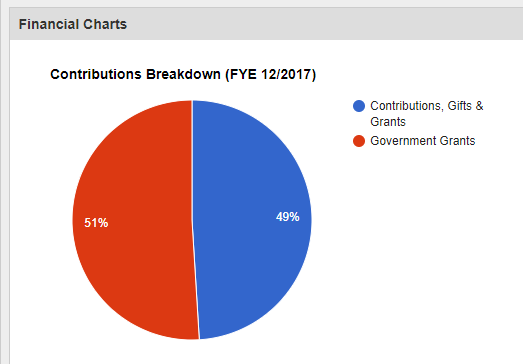 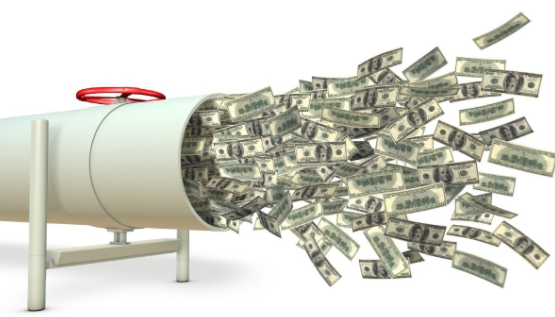 And, while we were all leading our normal non-political lives, the Leftwing non-profits, groups like HIAS, have figured out how to use our money to push their pet political issues.
I bet if you checked every non-profit group promoting more immigration, or more environmental regulations, or social justice generally, you will find that they have a direct pipeline into the US Treasury putting us at an unfair advantage to counter their political message.

I have been arguing for years that federal refugee resettlement contractors should be prohibited from pushing a political agenda and should be focusing solely on doing the job they were hired by us to do—taking care of refugees coming in through the US Refugee Admissions Program.