I reported the news about new American Naji Khlaed Abdelsalam, apparently a millionaire, who was defrauding us, American taxpayers, by ripping off Medicaid for his family of six, here.
Now we have a few more details about the scam.
However, we still don’t know his nationality or immigration status.

Reader Diana, has found a bit more about his scheme.  Here at WBRZ Baton Rouge,

According to arrest documents Naji Abdelsalam provided false information about his income and employment status to the Louisiana Department of Health. Authorities say since his initial application in June 2016, Abdelsalam obtained medical coverage for himself and six family members by reporting that his income was below the established thresholds required to receive coverage. 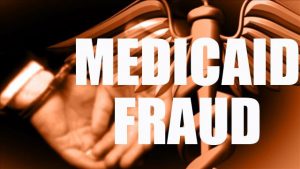 Authorities say Abdelsalam didn’t disclose the fact he owned several businesses including a “multi-million dollar” Medicaid provider company.
Owning the company disqualified him from receiving Medicaid benefits.
During their investigation, authorities discovered Abdelsalam had at least five bank accounts whose bank transactions included millions of dollars in deposits, withdraws, fund transfers and other bank related activities.
In reference to his Medicaid provider business, authorities discovered the company was using unauthorized vehicles to transport Medicaid clients and someone was falsifying driver and client signatures on log sheets. Authorities say Thelma Beauregard admitted to recreating trip logs and forging people’s signatures. She told authorities her boss, Abdelsalam, gave her the trip logs and told her to change the names or other information.
Abdelsalam was charged with theft over $25,000, government benefits fraud, filing or maintaining false public records, Medicaid fraud, and criminal conspiracy.
Beauregard was charged with criminal conspiracy and Medicaid fraud.

Now what? Will he have to repay us? Did any of our money leave the country? Will he go to jail? Will he be deported?

Keep an eye on this story and let me know if you see more details.