The incident that caused the Special Operations Facility to briefly close its gates happened a week ago today and according to the Fayetteville Observer the illegal alien arrested that day is expected in court today. 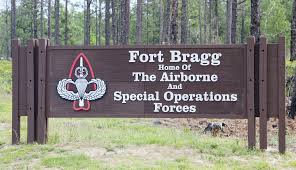 A week ago and we just learn about it this week!
And, as of this morning the only media outlets reporting are the Fayetteville Observer and now Big League Politics.  Very strange!
The Observer has a very thorough report on the incident (thanks to reader Cathy for directing our attention to the puzzling news).

Here is a bit of what the Observer said about the suspicious incident,

The man who caused Fort Bragg’s All American gate to be closed for several hours Tuesday has been arrested and will have a detention hearing at 9 a.m. Tuesday in Raleigh to face charges related to obstruction of justice.
Nouran Ahmad Shihab Sueidan was seen by a magistrate of the U.S. District Court of North Carolina on Wednesday.
An affidavit presented to the judge from the investigator of Fort Bragg’s Military Police Investigations and Provost Marshal Office states at about 10:30 a.m. Tuesday that Sueidan attempted to access Fort Bragg. 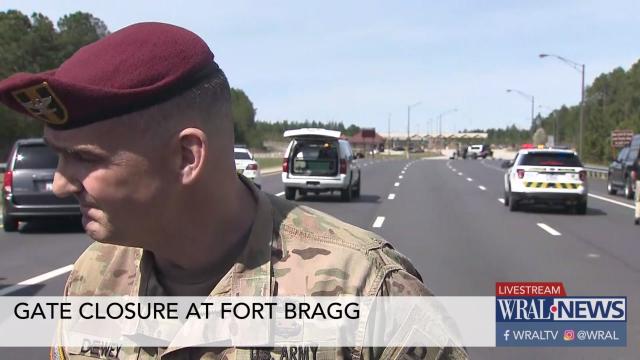 Sueidan allegedly refused to provide identification to gate guards.
“The gate guards informed Sueidan that he could not enter Fort Bragg without producing identification, at which point he insisted that he needed to enter Fort Bragg,” the investigator said in the affidavit.
Sueidan later provided an expired Jordanian passport, an expired Texas driver’s license, expired vehicle registration and no proof of vehicle insurance.
[….]
“When Sueidan was informed that he would not be able to enter Fort Bragg, he insisted that he had a foreign military identification and that he needed to make entry to the installation to “take a tour of the Special Operations facility to identify if it was worth his time,’” the investigator wrote in the affidavit.
The investigator said Sueidan became agitated and insisted that all he wanted to do was tour the special operations facility.
Officers at the scene detained him for his safety and the safety of others, the investigator said.

He said some very strange things and resisted efforts to handcuff him.
Continue reading here.
ICE has lodged a detainer against Sueidan signalling that he is in the country illegally.
Readers need to know that North Carolina has been attractive to Muslim migrants for decades (KSM went to college there!) and it is also consistently a top refugee resettlement state.  See my extensive North Carolina archive here at Refugee Resettlement Watch with stories going back a decade.

What do you do? As we continue to note, the mainstream media is not doing its job and so it is up to you to send stories like this out widely to your social media networks.

LOL! By the way, I just saw news yesterday about how facebook and twitter identify you as a conservative to be watched on social media.  They have buzz words and phrases that they set algorithms to flag.  One phrase we use that tags us as America Firsters is “mainstream media.”