In my previous post I told you about the large percentage of  “children” in federal custody who are purportedly under 18 years of age.
This is a companion piece because the dilemma is this—how do you know if the “child” is being truthful about his or her age?  Apparently we call in dental experts to provide forensic X-rays—a practice which has the Left in hissy-fits.  Finding medical ‘experts’ with a bias to criticize the practice is probably not too difficult.


When you read this story, I want you to notice the use of a common tactic employed by the Left in political battles.  It is something Saul Alinsky taught.
Alinsky said people hurt more quickly than institutions so instead of only going after government bureaucrats and elected officials, here they go after dentists in a personal way suggesting that any dentist who would use x-rays for this purpose is somehow immoral (even suggesting a parallel to medical experiments by he-who-shall-not-be- named).
From STAT (If you don’t know STAT, I didn’t, here is a bit about the publication):

The unethical behavior of forensic dentists at our southern border

Parents who entrust the care of their children to doctors and dentists do so based on the belief that these professionals will act in the best interest of their children. A profound breach of that trust occurs when those professionals not only violate the “do no harm” maxim they pledged when taking the Hippocratic oath, but do so through the misuse of the licenses and privileges they’ve been granted in exchange for our trust. That’s happening right now on our southern border.
When immigration authorities believe that an individual who has crossed the border claims to be a child but might be over the age of 18, they call in forensic dentists to take panoramic X-rays. The dentists do this not to identify dental maladies or make sure they can provide appropriate dental treatment — which would be appropriate uses of X-rays — but because they claim they can identify an individual’s age with an extraordinary degree of precision from his or her X-rays.
All children ostensibly receive some dental care while in custody of the Office of Refugee Resettlement. Yet only two groups are X-rayed: those with obvious dental issues and those whose age is in question.


[….]
The need for precision is essential to this task. The “calculation” that someone is 17 and 364 days old as opposed to being 18 and one day old has enormous consequences. Detained immigrants under age 18 are sent to shelters operated by the Office of Refugee Resettlement or sometimes released into the custody of relatives. Those who are 18 or older are sent to Immigrations and Customs Enforcement adult detention centers, which are essentially prisons.
Whether an individual is a minor when he or she crosses the border also carries consequences down the line related to his or her ultimate ability to obtain asylum and lawfully remain in the United States. Improper age determination may also cause a child to unnecessarily lose status as what the Office of Refugee Resettlement calls an unaccompanied alien child and the legal protections that come with that status, such as a non-adversarial asylum interview and release to an eligible sponsor.

Given the consequences, it isn’t surprising that immigration authorities have an interest in making claims about the ages of young immigrants. That they have turned to forensic dentistry to do so is deeply troubling and ethically impermissible.
[….]
The absence of scientific support for these actions is troubling. What is shocking is the willingness of dentists to do harm at the behest of the state purely to serve the political/legal goal of defeating children’s rights.
[….]
Instigating a medical procedure for the purpose of depriving a child of the right to be treated as a child — or for the purpose of facilitating and permitting imprisonment — is absolutely prohibited by the ethics of medicine, not to mention by the notions of fairness and decency.

More here.
Where is the “fairness and decency” from the authors! Ethics experts, my foot!
The hypocrisy of the Left has no bounds, one commenter asked:  Didn’t abortion doctors sign an oath to do no harm? And, I would argue that all those money-grubbing pill-pushing pain doctors I’ve been writing about did the same. 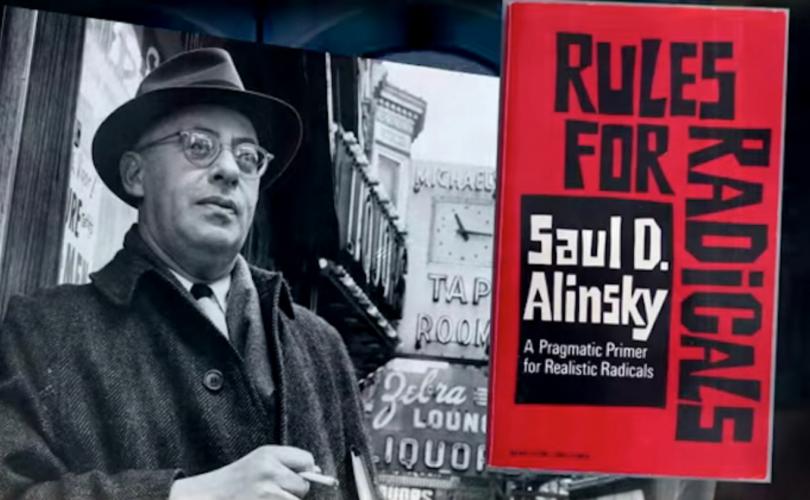 I wonder have Dubler and Parent, the authors of this screed, written similar words about abortionists or Nigerian pill-pushers?
By the way, the issue of lying youths is a problem all over the world and governments are attempting to find the best scientific methods to age the aliens streaming across borders in Europe and elsewhere.
Hey, and I thought the Left loved science!  Science uber alles, right!

What can you do? Pay attention to tactics used by the Left and call them out whenever you can. One way to do that is by

commenting at ‘news’ stories that allow comment, or write a letter to the editor when you see Alinsky tactics being used.  Make fun of the writer for using Alinsky’s Rules for Radicals because LOL! Alinsky says the most powerful political weapon is humor!  Use it!

8 thoughts on “Use of Dental X-rays to Age the 'Children,' Verboten say Medical 'Ethicists'”