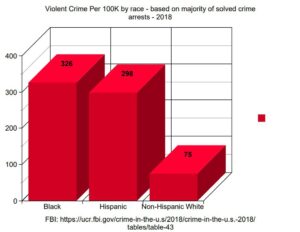 2 thoughts on “Virginia: Gang Data Base to be Discontinued, too Many Non-Whites are in it!”