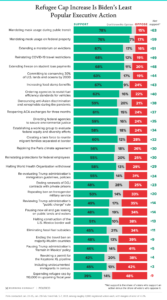 “He has been a dazzling force for justice…”

And, he knows how to use a family tragedy at just the right time. His son committed suicide on New Years Eve.

That is all I am going to say on that, and normally wouldn’t bother writing about weasel-like Dems, but because just yesterday on the first day of the unconstitutional impeachment trial of our President, led by Raskin, I wrote both at RRW and here about how important it was for you now to focus on your city/county and maybe state level (state level in some states, others are lost causes) as you FIGHT back.  Washington is lost for now.

And, I want to show you what fighting back might look like and knowing your enemy is step one.

But, first, as I started my research on Maryland Democrat Raskin I came across this story from 2018.  Raskin was on Martha’s Vineyard (of course) celebrating with the author of a book for young Americans—-Steal this Country!

Raskin is inspired by wildfire activism!  Gee, but only when the wildfire comes from the Left I suppose! He didn’t like that wildfire in the Capitol on January 6th as he ran for cover.

We don’t condone the violence, but you know January 6th scared the ____out of the likes of Raskin who is okay with social unrest when the Left is doing the rioting.

The Long Arc of Social Change

In the summer of 2017, about 60 students participated in Maryland congressman Jamie Raskin’s Democracy Summer workshop program. The following spring, those students helped to organize a school walkout protesting gun violence that mobilized thousands.

That kind of wildfire activism is what inspires Mr. Raskin and what motivated Vineyard author Alexandra Styron to write a handbook for young people on protest and engagement. Mr. Raskin and Ms. Styron united forces this week on the Vineyard to celebrate the release of Ms. Styron’s book, Steal this Country, and talk about their shared goal to mobilize youth for progressive causes.

His son died. A week later he survived the Capitol riots. Now, he’s leading the impeachment case against Donald Trump.

You can read the whole gushing article yourself.  Here are a couple of snips:

“My family suffered an unspeakable trauma on New Year’s eve a week ago,” Raskin said early Jan. 7, after the vote count resumed and neared completion. “Let us stop pouring salt in the wounds of America for no reason at all. Let us start healing our beloved land and our wonderful people.”

Raskin was “deeply involved” in preparation for the first trial, Schiff said. Raskin was “extraordinarily valuable” in discussions of possible charges and drafting the articles of impeachment that determine how the case is presented, Schiff said.

“He has been a dazzling force for justice, demonstrating outstanding love of country, dedication to our democracy and loyalty to our oath as he works to ensure that no one is above the law,” Pelosi told USA TODAY.

Despite his affable reputation, Scanlon says, Raskin is no pushover. He remains unperturbed during chaotic hearings when lawmakers sometimes heckle one another.

Know the enemy, they are setting Raskin up as the next great gift to America!

I am finally getting to what I really wanted to say, but I had to set the stage.

What can you do?

You can do what I was stunned to see any Republican group do—you can make fun of Raskin and other Lefties wherever you live!.

Remember! Obama’s idol Saul Alinsky writing in ‘Rules for Radicals’  (if you have never read it, you better!) told his adoring hard liners that ridicule is the most powerful political weapon.

Here, much to my delight, is what the Montgomery County Maryland Republican Party created and posted yesterday.  Raskin represents Maryland’s 8th Congressional District.

Looks like some Republicans are willing to play in the big league!

See it now before Youtube takes it down.  Like it, and make it go viral!  (Hat tip: Gail)

Hint to MoCo Republicans, make sure the video is on Rumble if it isn’t already.

I have created a new category here at Frauds and Crooks entitled ‘Know the Enemy‘ to go along with my category ‘Fight Back.’