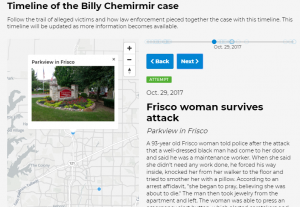 7 thoughts on “Texas: 20th Murder of a Senior Citizen Linked to the Kenyan Killer”