Thanks to reader Diana for spotting this news at Judicial Watch which uses the shockingly awful Ohio food stamp fraud bust I reported, here in late January, to say that the feds are taking way too long and the penalties aren’t stiff enough to deter this massive fraud.

They cite the case of the Ohio father and son who ripped off US taxpayers for nearly $3 million and also polluted a local waterway with “bodily fluids” from an illegal halal slaughter business—a story that everyone should continue to send out on social media (use the JW post this time!).

Weeks after a federal audit blasted the government for failing to curb rampant fraud in its multi-billion-dollar food stamp program, two Ohio men have been indicted for operating a $2.7 million scheme that spanned six years. One of the men, 59-year-old Amin Salem, is a convicted felon with a history of food stamp fraud yet the feds took six years to bust him and he remained a qualified food stamp retailer. The other man, Mohamed Salem, is his 32-year-old son and federal prosecutors say they operated a highly lucrative food stamp trafficking ring in the Cleveland area with the help of a buddy named Zahran al-Qadan.
[….] 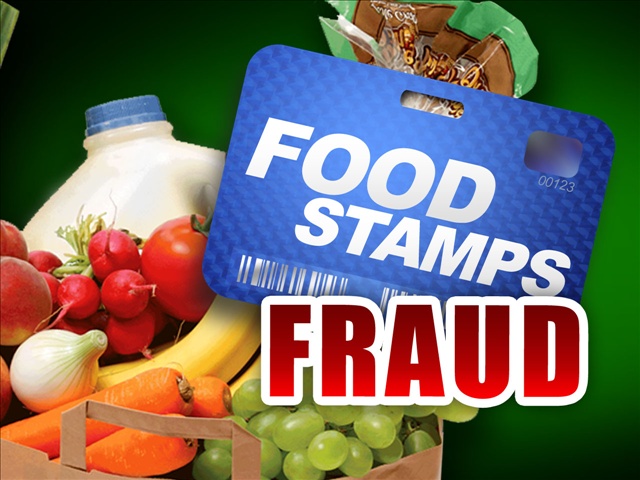 Though this operation sticks out among others, Food stamp fraud has been pervasive for years and the alarming numbers have been well documented by the government. The USDA’s most recent figures show about $1.1 billion in food stamp fraud a year. Nearly 12% of retailers authorized by the government to accept food stamps engage in illegal practices, according to the agency. Judicial Watch has reported extensively on the rampant fraud in the program that costs American taxpayers a bewildering $64 billion annually to provide more than 20 million households with free food. Less than a year ago, nearly 200 people were arrested in Florida for operating a sophisticated ring in which 22,000 fraudulent food stamp transactions totaling $3.7 million were documented by a task force of local and federal authorities. In 2016 the feds busted the largest food stamp fraud operation in history, a $13 million enterprise run by flea market retailers in the largely black and Hispanic areas of south Florida’s Miami-Dade County known as Opa-Locka and Hialeah.
[….]
A USDA division called Food and Nutrition Services (FNS) is responsible for rooting out the type of fraud and corruption that continue plaguing the food stamp program.
“As of November 2018, FNS had not implemented this authority,” according to congressional investigators. “By failing to take timely action to strengthen penalties, FNS has not taken full advantage of an important tool for deterring trafficking.”

Go to JW here for the whole story and to follow links for more information.

Do you have a suspicious convenience store or small gas nation near you that accepts food stamps?  Keep an eye on their activities.  Some signs of a possible on-going fraud include large numbers of people going in and out every day with few purchases (if any!) when they come out.  Also look for poorly, or nearly bare shelves as a sign that selling groceries is not a priority.

See this earlier post that includes information about the GAO study.