Readers ask me that question from time to time as they see life becoming more challenging in states the Left is turning blue (or live in ones already deep blue).

If you like the arid West, I usually say Wyoming because it is the only state in the nation with no refugee program.  Diversity through migration will happen slowly there.  North and South Dakota are still promising.  Montana is beautiful, but also has an expanding cabal of Leftwing woke activists.

Conventional wisdom says Texas is a good bet, but I’m not pushing Texas for one obvious reason—the US southern border with Mexico!

If you like the warm South, conventional wisdom recommends Florida, but I would look to a few of the gulf states as good choices. And, then further north up the coast, South Carolina hasn’t yet swallowed the Kool-Aid, well, maybe just a sip.

A lot of conservatives are rushing to Tennessee, but they have no idea about what is happening in Nashville which has become a mecca for the diversity is beautiful crowd. Don’t believe me, see that I have an entire category at RRW on Nashville.

Going north, West Virginia still holds promise, but forget North Carolina and Virginia, goners both in my opinion.  Most people don’t know that NC has a huge refugee population from Muslim countries.  North of Virginia there is no real hope for a peaceful conservative life in the years to come.

LOL!  I bet all of you are now ready to tell me your choices—please do! Send comments to this post!

But, what got me thinking about all of this again today is a story a reader sent a week or so ago.  It is an article by a young woman moving out of Minnesota where she was born and raised.

A local guy at my Maryland door just a few days ago said he wished we could just divvy-up the country giving us some safe states and giving them states like Minnesota, California, New York and so on.  He isn’t talking about racial diversity either, it is about conservative values vs. woke liberal ones.

And, then yesterday when I wrote this post at RRW about Winchester, Virginia possibly jumping on the refugees-welcome bandwagon, I wondered again, so where should one move in order to live in peace and raise families with others who share an America first world view.

Anyway….here is the story from Minnesota (hat tip:Bob).  Of course, Minneapolis isn’t all there is in Minnesota, it is a lovely state, but…. 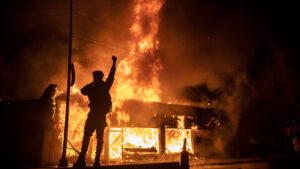 From the College Fix:

I’ve lived in Minneapolis my entire life. I’m leaving Friday. I no longer recognize my hometown.

MINNEAPOLIS, Minn. — Minneapolis is my home. My happiest memories are here. It’s where I learned to ride a bike, had my first date, received my high school diploma.

But today, I’m too afraid to even walk in my neighborhood by myself.

The ACE Hardware down the street? The one that I used to bike to in the summer? Robbed twice in the past five days.

The Walgreens next to my elementary school? Molotov cocktail thrown into it.

The Lake Harriet Bandshell, where we spent countless Mother’s Days? Homeless encampment popped up next door.

How did it happen so fast?  That may be the question you are asking yourself where you live?

She goes on with all of it, including the George Floyd riots and then wraps with this:

It’s easy to look at (for lack of a better word) disaster zones like these and mentally distance yourself from them. Yeah, that’s awful, but those people choose to live there. They’re the ones electing these leaders. This is their problem.

Yeah, it is. It is our problem.

And I can’t help but look around and wonder, “What happened here? Where exactly did it all go wrong?”

Was it the liberal mob? Identity politics? The cries of “RACIST!” when someone disagreed with a particular reaction or policy?

Was it conservative silence as the loudest voices got more and more radical?

Was it our acceptance that “we live in a blue area, this is just the way things are?”

How did it all happen so fast?

Whatever it was, I’m leaving this dark, surreal, twisted version of Minneapolis on Friday. And I pray to God that I never have to come back.

It happened fast because Minnesota has been overrun by immigrants of all stripes since at least the early 1990s.

And, here is how it will continue to go on for Minnesota.

Fueled by Black Lives Matter propaganda, the younger generation of ‘new Americans’ are refusing to assimilate and apparently hate America

She (one of the ‘stars’ of this article) agreed that the United States offered opportunities for education and a “better life,” but she had also made up her mind that such a life would not be complete without justice for Black people.

After moving to Brooklyn Center from Liberia in 2015, she said she was treated differently as a Black person. People commented on the color of her skin, disapproved of the clothes she wore and once called the police on her and a friend for being too “loud.”

I will bet a buck that not one white person “commented on the color of her skin!”  Then this:

“I started to realize like, ‘Oh, America is not what it says on TV,'” she said.

[I know what you are thinking!  Maybe just go home then!—ed.]

Then Floyd’s death sparked protests, and she decided that “this was not the American dream I was promised.” 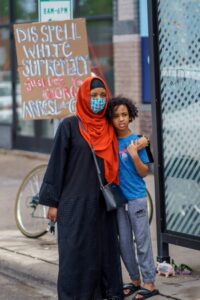 Kromah is not alone. Young people in the city’s East African communities came out to protest in droves following Floyd’s death.

Despite tension, at times, between Black immigrants from Africa and Black people whose long history in the U.S. began with slavery, protesters united around decrying police brutality they said plagued their communities.

The verse “Somali lives, they matter here,” often followed the protest refrain of “Black lives, they matter here.” And one of the most widely shared images of last year’s protests was a video posted on social media showing a protester in a hijab and a long skirt kicking a tear gas cannister back toward law enforcement officers in riot gear.

There is more.  So is it any wonder that many are leaving Minnesota!

Of course, then that leaves the question we started with—where could people, of any race, who love America and want to live in peace, find a home?

That would be in any state that is not rolling out the welcome mat to massive numbers of migrants unwilling to assimilate as they import their third world values to America.

Ethnic diversity weakens the social fabric. It does not build strength.