This is an Op-ed published at the WaPo earlier this past week that gave me a chuckle. 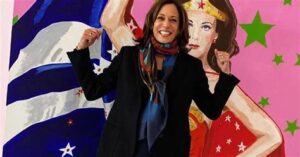 Veep Harris has the most difficult job of her lifetime— a job Biden failed to accomplish when Obama designated him as the point man to solve the “root causes” of migration during the years he and Obama put a lot of kids in cages.

Their intentions are good (Trumps were bad!) and who knew that all they need to do is to get some refrigerators down to those Northern Triangle countries of El Salvador, Honduras and Guatemala and they will have a good start on solving the “root causes!”

If only those Romans had a few refrigerators to give away, the world would look a lot different today!

Opinion: Kamala Harris is confronting the challenge of a lifetime

Here is how columnist Greg Sargent sets the stage…

On Monday afternoon, Vice President Harris met with members of the Congressional Hispanic Caucus to brief them on what may be the most complex challenge she’ll face in office: the effort to address root causes of migrations from Central America.

If Republicans had their way, our entire conversation about the migrant influx would be about the border. They say former president Donald Trump’s “toughness” at the border was a smashing success — never mind the humanitarian disasters it unleashed — precisely because cruelty deterred more migrants from seeking asylum, an inherent good in their eyes.

But this analysis largely erases from the equation the actual causes of these migrations. Whatever failures we’ve seen in the Biden administration’s handling of immigration, there is a sharp contrast here:

They are trying to address those root causes in a systematic way, which is the job that President Biden has tasked Harris with.

It is all about trying for these Socialists especially when they do it with good intentions and in a systemic and robust way!

Just how difficult this work will be continues to go underappreciated.

Just think, if B and O  had put in the time to stem the invasion a few years back, maybe they would have avoided four years of Trump in the White House (and likely another 4 years coming soon).

Sargent talked to the man with the answers.

He spoke with Ricardo Zúñiga, the State Department’s special envoy for the Northern Triangle.

He laid out the challenges in remarkably vivid terms.

Yup, people are poor, and the countries are crime ridden, but if over the long term we send them stuff like refrigerators they might stay in politically corrupt “s*** hole” countries.

In the short term, Zúñiga said, our best hope is that a robust humanitarian response can start meeting immediate needs. People who are leaving because they don’t have refrigeration or food, he noted, might be persuaded to stay if those shortfalls are made up.

But, while we are sending them stuff (to see if American money and appliances can turn those countries around) we have to make it easier for them to get into the US!  Of course!

Two conclusions…. Let them in or they will keep coming anyway! Huh?

All this leads to two conclusions. The first is we should be making it easier for people to legally migrate from the region into the United States, by expanding guest worker programs and refugee resettlement, among other things.

The second is that cyclical spikes in migration are going to continue, creating future political challenges for the administration.

Wait!  Didn’t he say sending them stuff would keep them home?

Hey Kamala! We will be watching!