And, this could be happening where you live as well!

See yesterday’s commentary by Catherine Trauernicht at the Bull Elephant:

What you can do NOW to promote Election Integrity

There is something you can do right now to promote election integrity in the Commonwealth of Virginia.  Democrats in the General Assembly are colluding with Governor Ralph Northam to undermine the sanctity of your vote.  You must act NOW! 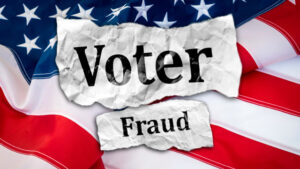 Here is what you can do:

Contact the State Board of Elections and say NO to a proposed regulation that would:

Permit absentee ballots to be delivered to the Office of Elections by Noon on Friday after Election Day with no proof that they had been submitted on or before Election Day.

Background:  Prior to this year’s General Assembly (GA) action, absentee ballots had to be returned to the Office of Elections or local polling stations by 7PM on Election Day when the polls closed.  If they missed the deadline, they were not counted.

This year, the GA amended the election law statute and Gov. Northam signed the bill into law, permitting absentee ballots to be postmarked by Election Day and received by the Office of Elections by Noon on Friday following Election Day.

Subsequently, the Virginia State Board of Elections proposed a regulation stating that an absentee ballot could be returned by Noon on Friday after Election Day with NO postmark or other proof that it had been submitted by 7PM on Election Day.  [Note: the Board of Elections cannot alter election law by regulatory action, but they’re trying.]

Continue reading to see the trick that the Board of Elections is trying to pull off that effectively extends the deadline.

There is a proposed regulation.  Comments end October 2nd and all Virginia patriots need to get to work!

We all better be checking our own states for Board of Elections’ strategies to dilute our votes!

I am reminded again how lucky Virginia conservatives are to have a publication like the Bull Elephant.  I wish all states had media outlets providing news for our people.

Be a citizen journalist!

There is a lot of talk on social media these days about how Big Tech is silencing the most visible voices on the Right and that this trend will be accelerated at the time of the election and the days and weeks following the election as the Left plans to create chaos, confusion and anger when Trump likely pulls off a victory.

And, that brings me to a point I have been making for ten years.  Everyone of you reading this should consider setting up your own local blog (ultimately to replace your local leftwing paper) because they won’t be able to shut everyone up.

As they thwart news coming out of big blogs, your voice might still reach your circle of followers (even if its ten people in your neighborhood).

Also, If you are already on Twitter and Facebook, lay low and don’t get tossed from the platform in the next few weeks.  It might be fun to report that you have been targeted, but it won’t be helpful when communication becomes vital to our survival.