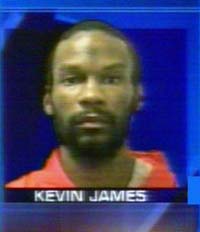 I remember the horrific story well.  It happened in 2008, only a year after I began to investigate the US Refugee Admissions Program and its connection to Islam. It was a pivotal event in my understanding of what had been unleashed in America.

Two beautiful teenage girls were becoming too Americanized, so allegedly their father had to shoot them to death in what can only be characterized as an honor killing.

The bare-bones news story is here at CBS (hat tip Judy), but be sure to see Jihad Watch where Robert Spencer asks the important questions that of course will be categorized as Islamophobic!

Texas: Son of Muslim who murdered daughters denies it was honor killing, says ‘Religion has nothing to do with it’

You haven’t heard much from me lately because I’ve been on my August recess and mostly using that time to read and actively prepare.

In the course of my research I have spent some time reading blogs for preppers, and wow, what an interesting world that is.  I know some of you are asking, ‘Ann where have you been?’  Well, not reading things like Modern Survival Blog and checking the prepper news aggregator Survival Pulse, but I am now.

These sites are a mix of how-to tips on everything a self-respecting survivalist needs to know and commentary on our present political scene.

I found this news (below) from Louisiana there, and I suggest strongly that you have a look at an older post at More than Just Surviving about what not to do if you experience (God forbid) a home invasion.

Louisiana AG warns violent crime in US will reach ‘epidemic’ levels: ‘There’s a tipping point that’s coming in this country’

Louisiana Attorney General Jeff Landry believes that it was inevitable that violent crime in the U.S. will get worse and warns that given the current state of affairs in cities across the country, the worst is yet to come.

In a phone interview with Fox News, Landry said that while he has tried to be tough on crime in his state, he realized years ago that in other parts of the country there were signs that crime would reach “epidemic” levels.

“When I became attorney general back in 2016, one of the first things that we tackled was we took a very proactive fight against crime,” Landry said. “I predicted four and five years ago that this country was headed towards an extreme violent crime outbreak, that it was going to become an epidemic.”

With homicides and gun violence on the rise in cities across the country, Landry said he is not surprised.

How is your prepping going?

As I have reported innumerable times recently at RRW, thousands of Muslims continue to enter the US from all over the world.  There is no Muslim ban.

But, the Democrats are never hindered by the facts as John Binder points out about last nights Democrat infomerical (aka 2020 presidential convention).

By the way, I’m busy these days prepping and generally getting stuff in order (if you know what I mean), and so I only plan to post when I see something that I find interesting.  Consider this my August recess.

Fact Check: The Travel Ban Is Neither a ‘Muslim Ban,’ Nor Unconstitutional

CLAIM: President Donald Trump’s travel ban was a “Muslim ban” and was unconstitutional.

VERDICT: False. The travel ban was upheld by the U.S. Supreme Court.

Actress Tracee Ellis Ross, who moderated the second evening of the Democrat National Convention (DNC), claimed that President Trump’s travel ban was unconstitutional She introduced former Acting U.S. Attorney General Sally Yates, whom she said “refused to defend an unconstitutional travel ban and paid for it with her job.”

Yates herself then described it as a “shameful and unlawful Muslim travel ban.”

In reality, the Supreme Court ruled in a 5-4 decision in Trump v. Hawaii that the president has extraordinarily broad discretion under 8 U.S.C. § 1182(f) to exclude aliens when he believes doing so is in the nation’s interests.

In Senate testimony in May 2017, Yates admitted that she had been motivated partly by “policy” considerations, which were not hers to make, and that she based her view of the ban not on the executive order but Trump’s previous statements. She even admitted that she had overruled the Office of Legal Counsel, which had confirmed the order’s constitutionality.

Yates was simply wrong about the Constitution and the law. She was a political actor seeking to create controversy; she could have resigned in protest, but instead forced the administration to fire her to create a sense of being victimized.