Three weeks ago today I talked about prepping for possible increased social unrest that could mean shortages in grocery stores and an uptick in violence on city (small town!) streets.

How are you doing with your prepping? Time is growing short according to many observers who are following the evolution of what they expect to be a perfect storm.

Here is one such view suggesting that we don’t have until November—a date which most of us assume will bring Armageddon if Trump is elected to four more years in the White House—to prepare for the safety of your loved ones.

By the way, I find it very uncomfortable sounding like a fearmonger, but I see no downside to stocking up, locking up, and making plans with your family to defend what is yours.   I think it’s mentally a good exercise to rid yourself of the “normalcy bias” and imagine some what-if scenarios so if all hell breaks loose you are mentally and physically prepared.

If no hell, then thank God, laugh at yourself and enjoy fewer trips to the store this winter.

From End of the American Dream (Hat tip: Leo):

Enjoy The Month Of August And Use It To Prepare, Because September Is Coming…

2020 has definitely been a chaotic year so far. The COVID-19 pandemic has greatly disrupted life all over the planet, we have witnessed a horrific economic downturn, and civil unrest has been raging in major U.S. cities for months. But the good news is that we appear to have hit a pocket of relative calm here in August.

I would encourage everyone to enjoy this month as much as possible and to use it to prepare for what is ahead, because September is just around the corner. 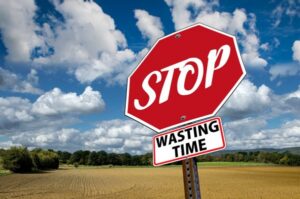 Of course many Americans can’t imagine things getting much worse than they are right now. Gallup regularly asks Americans whether they are “satisfied” with the direction of the country or not, and what they have discovered is that the mood of the country has shifted dramatically since February, and this has especially been true among Republicans…

I believe that this will be the most chaotic election period in modern U.S. history, and I believe that much more civil unrest is ahead.

In particular, I believe that a Donald Trump victory in November or a contested result that is decided by a long legal battle could set off a national temper tantrum that would be absolutely unprecedented.

Author Michael Snyder goes on to say that a lot depends on what happens with the Chinese virus, etc…..then this:

The period of time that we have entered has been described as “a perfect storm”, and as I have detailed previously, quite a few prominent voices have been specifically pointing to the month of September as a major turning point.

Of course the craziness will also continue throughout the rest of 2020 and into 2021 as well. And beyond that, we will see things happen that most Americans would not even want to imagine right now.

I believe that this will be the strangest election season that any of us have ever seen, and I fully expect the craziness to begin next month.

Much more here. Be sure to see that Mr. Snyder has published a new book.

LOL! I see that author Michael Snyder attracted the attention of Ms. Miranda Blue of Right Wing Watch here in 2017.

I had a few laughs at RRW over the years as the Wing Watchers extraordinaire, Ms. Blue, found me a worthy target.  Here is one of several posts, this one in 2015 about yours truly.  And, she found this post of mine an especially worthy target for her vitriol.

And, now here at RightScoop you can find his updated report from last night:

Say His Name: Tucker & Nancy Grace take up Cannon Hinnant story; Why haven’t the media covered this story? What about it don’t they like?’

Cannon is a victim of the hate-filled racial tension the Left has been generating (forever!), but with increased seeming pleasure in recent months.