“Keith Ellison sided with flag-burning extremists over law-abiding Americans. He treats you like second-class citizens. He believes that the pro-American voters have fewer rights than anti-American demonstrators.”

The President organized a “Make America Great Again Peaceful Protest” in Rochester, MN yesterday and the Leftwingers, Governor Walz and Attorney General Keith Ellison, who allowed thousands of rioters to destroy Minneapolis a few months ago so that they could exercise their free speech, tried to silence the President by limiting his audience to 250 people.

So what did he do?  He didn’t cancel the event as they obviously wanted him to do and in classic Trump fashion he gave them the middle finger and went to the crowd of thousands waiting outside the tiny venue.

These dumb Dems are no match for Trump; Walz and Ellison managed to give more red meat to the President’s base across the country.  One more rally that might have been lost in the President’s cross country blitz, is now a glaring demonstration of the hypocrisy of the Left for the whole country to see.

Patriotic Minnesotans are fighting for their very existence as the Progressives and the large Somali Muslim population there are working together to make Minnesota the first Muslim state in America. A President Biden will surely let that happen.

The stakes in Minnesota on Tuesday are infinitely greater than its ten electoral votes!

A crowd many times larger than the number of people allowed a seat near Trump gathered outside the gates in Rochester, southeastern Minnesota, images tweeted by journalists indicate.

Trump took a motorcade to the overflow crowd rather than the state-sanctioned stage after disembarking Air Force One.

“There are thousands of people all because the governor wants to play games,” Trump said as he approached within feet of the large group of supporters gathered behind a barricade.

“There are thousands of people injured by this,” Trump said. ” I’m going to go back and speak to 250 people… This should be a lesson [for Democratic Gov. Tim Walz].”

When he walked on stage, supporters were spaced out in folding chairs permitted by Minnesota authorities before Trump’s lectern.

“We’re given a very very hard time by your so called leaders but they’re not very good leaders as you found out during the riots,” Trump said.

The New York Post continues here.  We should all make the NY Post our paper of choice!

Endnote:  In 2016 I took a road trip across America to see for myself what impact the huge refugee flow was having on far flung states like Minnesota.  I wanted to see southern Minnesota, particularly Owatonna a town about forty miles from Rochester where the President was yesterday.

I learned that Owatonna, MN was one of the first Somali resettlement sites in the entire country chosen by the US State Department in the early 1990s.  We hear mostly about Minneapolis/St. Paul and St. Cloud, but Rochester was an important site over the years as well.

After crossing into the state in July 2016, and as I arrived at a rest area near Rochester, I was shocked to see a group of  Somali Muslim women praying on the lawn of the highway rest stop, butts in the air (an in your face display that one might only see in MN). 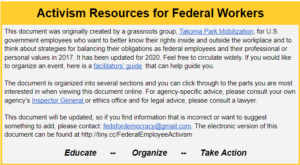 Remember that Alinsky told us humor is the best political weapon!   (BTW, for serious news see RRW this morning).

This made me laugh!  How about you?

I can only imagine how many democrat heads are exploding watching this insanely funny President Trump ad!🤣pic.twitter.com/smKmBhwFco

Sheesh!  Didn’t we hear that four years ago and it is deja vu all over again!

I see that even The Hill (don’t they have more serious news to write about) told us earlier this month that rocker Tommy Lee might decamp to the more politically sane UK or even go back to his “motherland” in Greece if Trump wins four more years in the White House.

JusttheNews reports that Bruce Springsteen is entertaining a move to Australia, but that is hypothetical because he says there is no way Biden will loose.

Meanwhile a Sheriff in Ohio says he will help any who despise America that much to leave the country.

Every four years, celebrities come out of the woodwork to say they’ll abandon America if the Republican candidate for president wins the White House.

They never do, of course, but they get some press in the meantime.
Comedian Michael Loftus has a message to all multimillionaires who think Americans actually care what they think: Good riddance.

“When celebrities declare they’re going to leave, we should have some new kind of candyman law,” he said Saturday on Fox News. “Meaning, if you declare it three times, you have to leave. Don’t let the door hit ya’ where the good Lord split ya.'”

“We knew these celebrities were self-centered,” Loftus said. “We knew they were stupid. We just didn’t know how cowardly they were.”

“If Trump is reelected — which he will not be; I’m predicting right now he’s gonna lose — if by some happenstance he should be, I’ll see you on the next plane,” Springsteen said.

The Motley Crue drummer says he finds America “embarrassing” and thinks Europeans are mocking us.

Seriously, as millionaire celebrities claim they will leave the US, the world still wants to get here.

At Zerohedge recently, in a story about how international migration has ground to a virtual standstill due to the Chinese virus, we learned that the United States of America, even under the presidency of Donald Trump is still the number one destination for people looking for a better life.

By the way, do you know if any of the cool people who promised to leave the US four years ago, when Trump won, actually left?

Don’t miss my post yesterday.  Your fellow ‘deplorables’ and ‘chumps’ will make you proud. 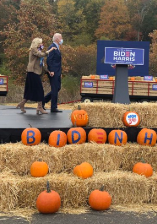