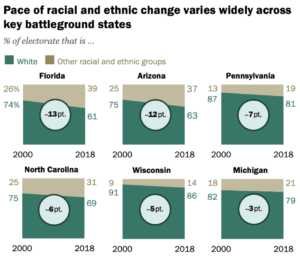 Has this happened to you?  Somehow the Democrats have acquired my e-mail address so that many times a day I am treated to junk like this below.

I wonder where I shopped or where I visited that resulted in my now being on their lists.

In some ways it is okay because it has been kind of an eye-opener to see just what they are telling their fellow Lefties as they desperately look for more voters (and more MONEY!).

I will mark them as spam eventually, but in the meantime I’m getting a clearer view of how nasty these Democrat women are. 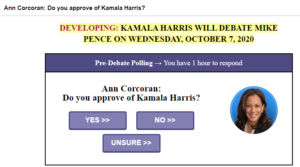 Getting desperate? I guess they have nothing other than name-calling—“anti-woman bigot Mike Pence.” 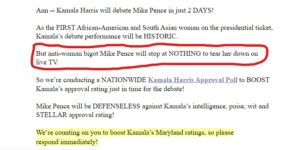 LOL! I guess I will now have to vote NO, I don’t approve of Kamala Harris, and see what happens!