Bracing for a ‘DARK WINTER’

Here are the opening paragraphs, but you must read it all.

After his stumbling performance in Thursday night’s debate, and the way in which his campaign seems to be hiding him from public view, it’s hard to imagine how Joe Biden wins the presidency on Nov. 3.

If Biden was seriously trying to win, he would be out on the campaign trail like President Trump, not in his basement.

The way Biden is acting, it’s almost as if he’s been told not to worry, the outcome is not going to be decided by vote tallies.

With that in mind, let’s think outside the box and examine some possibilities that may sound insane, until we detach ourselves from our normalcy bias.***

From this vantage point, all roads lead to the same dark place — a second coronavirus lockdown, indeed a harder lockdown than the first one.

And it could be accompanied this time by a coup d’ etat to remove Trump from office. Look for the establishment [deep state supported by deep media] to conjure up some false pretense to justify his removal despite the fact that he will win re-election on Nov. 3, fair and square.

All the signals are pointing to this. And the latest came from Biden himself.

During the debate, Biden held up his black mask, looked straight into the camera and said “We’re about to go into a dark winter.”

***As I explained in a post a couple of months ago  ‘normalcy bias’ has resulted in the deaths of millions throughout history. There is no downside to considering all of the possibilities for the coming weeks, months, and God forbid years, just don’t stress.  We are in God’s hands.

If you have been wondering how one of the Senate’s least wealthy Senators is now a millionaire and you have also heard about presidential candidate Joe Biden’s numerous ‘homes,’ Revolver News has pulled together a few stories from recent years to help give us some clarity.

First this from Town and Country magazine:

All of Joe Biden’s Homes, In Photos 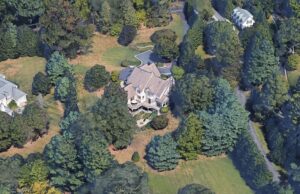 For most of his 44-year-long career in public office, Joe Biden had a nickname: Middle Class Joe. He also often called himself “one of the poorest members of Congress.” His scrappy roots—born in Scranton, Pennsylvania, to a father who suffered a number of financial setbacks—are now a big part of his 2020 presidential campaign’s plan to appeal to American voters. But according to the Wall Street Journal, the reason why Biden was often at the bottom of the wealth ladder among his colleagues in the Senate had a lot to do with his life-long obsession with real estate. “Even as a kid in high school I’d been seduced by real estate,” he wrote in his 2007 autobiography, Promises to Keep.

Biden began buying homes—especially those that were outside his budget—in his twenties, taking out multiple mortgages and receiving loans against life insurance policies. His net worth was often in the negatives—in 2007, he was ranked the least wealthy senator.

Today, the 77-year-old Democratic presidential nominee is hardly middle class anymore. According to a 2019 Forbes estimate, Biden and his wife Jill are worth $9 million, much of that accrued from speaking fees and book deals that came pouring in after his vice presidency. About $4 million of that worth is in his real estate.

From Curbed which features

Why financial criminals use real estate to launder money

Real estate is often the preferred destination for a financial criminal’s ill-gotten gains for the same reason real estate is attractive to any investor: Real estate prices are generally stable and will appreciate over time. Real estate is also functional; a money launderer could use the property as a second home or rent it out, earning income from the investment.

“You’re not gonna lose money on the transaction,” said Chris Quick, a former FBI agent who now runs a private investigation firm in South Carolina. “You buy a piece of real estate for a million, you’re gonna get rent on it or you’re hoping it’ll appreciate in value so when you sell 4 or 5 years down the road, you’re gonna make 25 percent on it. That’s one of the reasons why it’s attractive.”

Real estate also offers a path to legitimacy that is more efficient than the purchase of stocks or other assets related to financial institutions. It’s also less subject to scrutiny—those institutions have a legal requirement to report suspicious activities.

Buying real estate is the last step in what law-enforcement officials describe as a three-step money-laundering process.