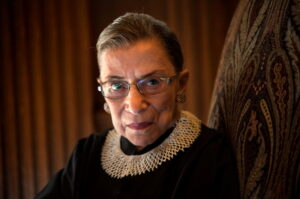 13 thoughts on “Is the Fawning Coverage of RBG Making You Sick?”