Montgomery County, Maryland is a sanctuary county and thank goodness I no longer live there!

Daniel Horowitz, writing at Conservative Review, reminds us of the 11-year-old poster girl the leftwing media has been promoting lately—you know the girl crying because her father was rounded up in a recent meatpacking raid.  Surely you have seen the clip.

Horowitz asks about another 11-year-old—the one repeatedly raped by illegal alien monsters from El Salvador.

The one whose face you will never see.

(Emphasis below is mine.)

The video of a crying 11-year-old girl is being used by the Left to militate against enforcing our sovereignty and immigration laws. Apparently the rule should be that anyone can come here and remain here illegally if they have a child, because enforcing our laws will result in hardship to the kids. But no such heart-tugging imagery exists for all the girls raped and harmed by criminal aliens thanks to the lack of enforcement or loopholes in our laws. The latest atrocity involves a different 11-year-old girl who will never be seen on camera.

The investigation was triggered by a discussion the child had with a school social worker last month, and the rapes are alleged to have occurred last September.

In September 2018, the victim was introduced to her older brother’s friend, Palacios-Amaya. Over the course of the next few months, the then 27-year-old man raped the middle schooler on multiple occasions, authorities allege.The victim recalled one instance where Palacios-Amaya “used his cell phone to video record the two of them having sex,” police noted in court documents.

The victim told the social worker that Palacios-Amaya would often pressure her not to attend school so that she could stay home while her parents were at work. That gave Palacios-Amaya unsupervised access to the girl.

This story demonstrates, once again, that the people harmed the most by the lack of enforcement can be immigrant or illegal immigrant children. While the identity of a child victim is never released, it’s clear from the story that her older brother was friends with these individuals and they likely traveled in the same circles.

ICE spokeswoman Justine Whelan provided CR with the same statement regarding the immigration status of the accused as in the local ABC news report:

On July 25, U.S. Immigration and Customs Enforcement (ICE) lodged a detainer with the Montgomery County (Maryland) Detention Center on Carlos Ernesto Palacios-Amaya, a Salvadoran national, and a repeat immigration violator, following his arrest for rape. Palacios was previously removed from the U.S. in 2014.

On July 26, U.S. Immigration and Customs Enforcement (ICE) lodged a detainer with the Montgomery County (Maryland) Detention Center on Mauricio Barrera-Navidad, a Salvadoran national, unlawfully present in the United States, following his arrest for rape. Barrera is subject to a final order of removal that was issued by an immigration judge in December 2016.

Sadly, it’s unlikely that a single elected Republican, the DHS secretary, or anyone in the White House will even mention this horrific story, much less ask the salient public policy questions that Congress and the DHS must grapple with.

Continue reading hear.  Horowitz discusses the sorry state of US immigration policy and Washington’s inability (or is it a lack of will?) to control the invasion.

This is an update in the ongoing investigation into the brutal murder of Mackenzie Lueck.

(See all of my previous posts here, and my prediction that this story will go away, except for media in Utah, because the alleged killer should not have been in the US in the first place and he is African.)

From the New York Daily News (the only national news outlet I see that is still following the story),

An investigation into the killing of University of Utah student Mackenzie Lueck turned up a collection of child pornography on a computer allegedly belonging to the murder suspect.

The Salt Lake County District Attorney’s Office on Tuesday announced that 31-year-old Ayoola Ajayi was charged with 19 counts of sexually exploiting a minor after authorities discovered “numerous images of children engaged in sex acts” during a search of the suspect’s home on June 26. 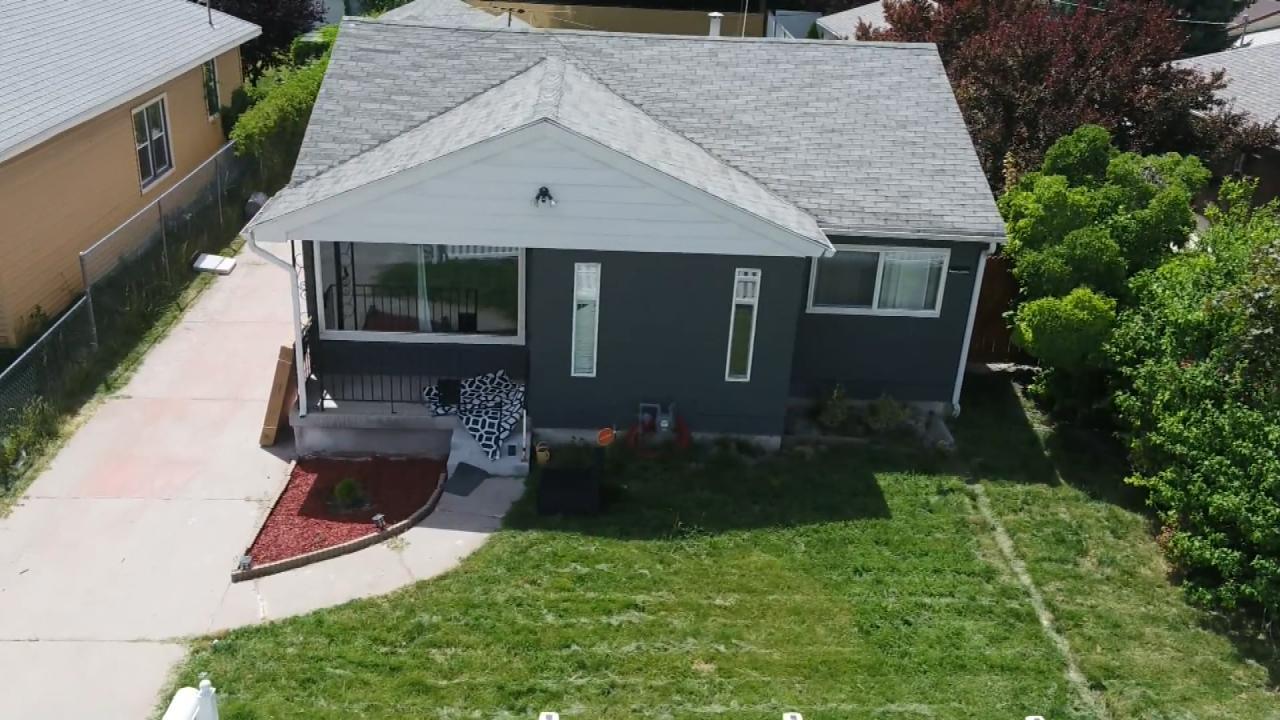 The 19 images, described in the probable cause document in graphic detail, show girls believed to be between the ages of 4 and 8 years old performing sex acts or posing suggestively in various stages of undress.

Authorities did not indicate any link between Lueck’s death and the pornographic images.

Ajayi was previously charged in July with aggravated murder, aggravated kidnapping, obstruction of justice and abuse or desecration of a human body in connection with Lueck’s slaying.

When authorities discovered her body, Lueck’s arms had been bound behind her back and the medical examiner said she died from blunt force trauma to the head.

Amid the investigation into her slaying, authorities combed through both Lueck and Ajayi’s social media and dating profiles in a bid to find a connection between the two. According to court documents, they both had accounts on a site called “Seeking Arrangements” — which bills itself as a way for wealthy “sugar daddies” to connect with “sugar babies.”

The story should be spread widely to warn other young women living in la-la land that there are a lot of predatory monsters out there just waiting to prey on them!

Salt Lake County District Attorney Sam Gill said his office is now working to determine where the pornographic images on Ajyai’s computer were made and who made them. He told The Salt Lake Tribune they will use federal resources in their probe, which is also aimed at identifying the victims.