“We welcome the hate crime charges in this case and urge law enforcement authorities in Vermont and nationwide to take similar actions in response to any bias-motivated or anti-immigrant attacks.”

First question is: What the heck did 24-year-old Vermonter, Chase Atkins, say in a phone message to warrant hate crime charges, and to draw the attention of the Council on American Islamic Relations (CAIR)?

But we aren’t being told exactly what he said!  (We have a picture though!).

From the Burlington Free Press:

An Addison County man has been accused of harassing members of Migrant Justice, a Vermont-based organization that advocates for farmworkers and immigrant rights. [Be sure to see Migrant Justice’s website—ed]

Chase Atkins, 24, of Addison was issued a citation to appear in Vermont Superior Court in Middlebury in November, Vermont State Police said. He is expected to be charged with disturbing the peace by using a telephone or electronic communications with a hate crime enhancement.

The accusations stem from incidents that occurred in late August. Police say Atkins was visiting a farm on Vermont 22A in Addison at the time, and during his visit, he let the air out of the tires of a Migrant Justice member’s car. The tires were later re-inflated, and no damage was caused.

Police say that several days later, Atkins left a voicemail for Migrant Justice in which he told them not to return to the farms. State police said the message “would have left a reasonable person to feel threatened and intimidated.”

On Sept. 12, Atkins spoke with members of the Vermont State Police about the incident. The Addison County State’s Attorney’s Office then decided to pursue charges.

Earlier this month, the Associated Press reported that three other people had also been accused of vandalism and harassment targeted at Migrant Justice members in Addison County during the same late August time period.

So the feud began over access to a local fishing area!

Migrant Justice posted on Facebook in August that for a few nights, a group surrounded farmworkers’ houses, yelled insults, broke windows and air conditioning units and returned later to fire guns into the air.

Police have said that those offenses appeared to be part of a feud between local farm families that started as a dispute over access to a fishing area.

Here, jumping on the bandwagon, is an overjoyed CAIR!  As I understand it, the migrant workers at these Vermont dairy farms are Hispanic, so CAIR national’s interest tells us a lot.

From the Rutland Herald:

The Council on American-Islamic Relations, which describes itself as the largest Muslim civil rights and advocacy organization in America, released a statement Friday welcoming a hate crime charge for the alleged harassment of staff members at Migrant Justice, an immigrant rights group that advocates for farmworkers.

Vermont State Police, in a news release, said Chase Atkins, 24, of Addison, will appear in Middlebury criminal court Nov. 18 to be charged with disturbing the peace by phone. The charge has been enhanced because police believe it was a hate crime.

CAIR National Communications Coordinator Ayan Ajeen said the group supported the efforts of law-enforcement officers responding to a message Atkins allegedly left on voice mail at Migrant Justice that police said “would have left a reasonable person to feel threatened and intimidated.”

“We welcome the hate crime charges in this case and urge law enforcement authorities in Vermont and nationwide to take similar actions in response to any bias-motivated or anti-immigrant attacks,” Ajeen wrote in his statement.

Ajeen added CAIR has “reported an unprecedented spike in bigotry targeting American Muslims, immigrants and members of other minority groups since the election of Donald Trump as president.”

Of course, we don’t know exactly what Atkins said, but the message is loud and clear—they are watching your every move!

There are smarter ways to make your voices heard like getting politically organized, best to stick with those! 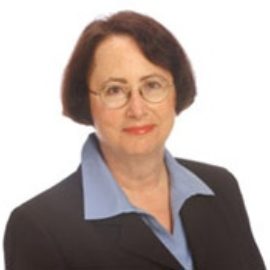 I’m starting to see a pattern! Seems like most of the crime stories I’m seeing these days are coming from three states: Michigan, Maine and Minnesota.  What could the connection be?

I’m joking of course.  I have done no serious analysis of crimes in all fifty states and it might just be that I have some very watchful readers in those particular states sending me news on an almost daily basis!

This is from the Detroit News on Thursday, and look, it is Hamtramck again:

Hamtramck — A student liaison at a charter school has been charged with sexually assaulting an 18-year-old male student, officials said.

Ibrahim Aljahim, 37, of Hamtramck, was arraigned Sunday in 34th District Court in Romulus on two counts of criminal sexual conduct, according to Hamtramck Police Chief Anne Moise and the Wayne County Prosecutor’s Office.

Officials said Aljahim was charged with first-degree criminal sexual conduct involving someone who is mentally disabled. If convicted, he faces up to life in prison.

A judge set his bond at $10,000, Moise said in a statement. A probable cause conference has been scheduled for next Thursday and a preliminary examination of the case against him was set for Oct. 10 in the 31st District Court in Hamtramck, according to court records.

Moise said Aljahim was released after posting bond and further facts and evidence will be presented in court during the preliminary examination.

The Wayne County Prosecutor’s Office said police were called to the Oakland International Academy, a charter school, to investigate allegations that Aljahim had inappropriate sexual contact with a male student on school property during school hours.

No further information is being released at this time, officials said.

As usual, no information on nationality or immigration status for this ‘new American.’ 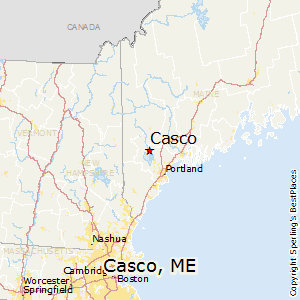 This week the feds busted 38 individuals they say are responsible for addiction and death in New Hampshire.

The operation dubbed “Devil’s Highway” once again brought attention to Trump’s words about how Lawrence, Mass. is a hub for the distribution of dangerous opioids and other drugs throughout New England.

And, it sure looks like ‘new Americans’ are responsible….

“For anyone who said Lawrence is not a hub for distribution, how you looking now?” said N.H. state Rep. Fred Doucette, who was a state co-chair for Trump’s 2016 campaign. 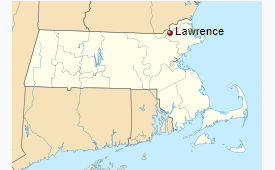 “This definitely solidifies some statements that people took offense to,” Doucette added.

“Incidents like this are proof positive of the fact that Lawrence is a hub.”

The 10-week enforcement operation in the Merrimack Valley targeted drug distribution in Lawrence, and trafficking between Lawrence and destinations in New Hampshire.

For details on the bust see Monday’s US Justice Department press release:

See the names of those arrested (no mention of their immigration status).

During the operation, the following defendants were arrested on federal charges: