Check out this morning’s post at the newly reconstructed RRW.

We are constantly told that refugees and migrants generally will bring economic boom times to dying cities.

Well, that is what they thought happened in St. Louis, but the theory blew up as the nearly two-decades-old Bosnian refugee community there is escaping the crime and heading for suburbia.

Until I can get a subscription function at RRW, I’ll alert readers here to new posts there.

The story is everywhere this morning, but missing one key element—a photo of the arrested man.

I’m guessing he is Somali and you should know that large numbers of Somali refugees have obtained employment at airports throughout the US.

Update!  A reader tells me he is an Iraqi! 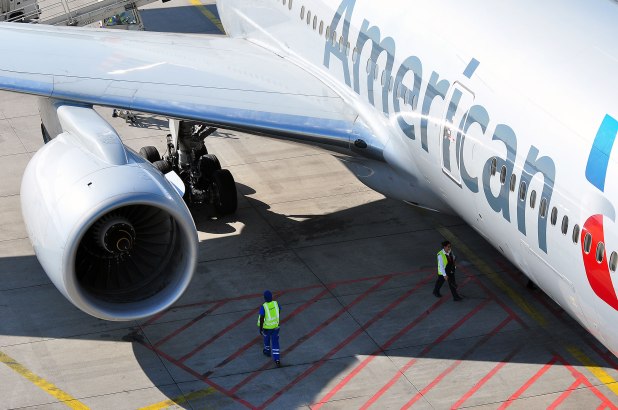 Here is just a bit of the bare bones story.  Supposedly he was angry over union negotiations. Sure.

From the Miami Herald:

An American Airlines mechanic was arrested Thursday on a sabotage charge accusing him of disabling a navigation system on a flight with 150 people aboard before it was scheduled to take off from Miami International Airport earlier this summer.

None of the passengers and crew on the flight to Nassau were injured because the tampering with the so-called air data module caused an error alert as the pilots powered up the plane’s engines on the runway July 17, according to a criminal complaint affidavit filed in Miami federal court.

As a result, flight No. 2834 was aborted and taken out of service for routine maintenance at America’s hangar at MIA, which is when the tampering with the ADM system was discovered during an inspection. An AA mechanic found a loosely connected tube in front of the nose gear underneath the cockpit that had been deliberately obstructed with some sort of hard foam material.

Alani is charged with “willfully damaging, destroying or disabling an aircraft” and is expected to have his first appearance in Miami federal court on Friday.

According to the complaint filed Thursday, Alani glued the foam inside the tube leading from outside the plane to its air data module, a system that reports aircraft speed, pitch and other critical flight data. As a result, if the plane had taken off that day from MIA, the pilots would have had to operate the aircraft manually because the ADM system would not have received any computer data.

After his arrest Thursday, the affidavit says that Alani told federal air marshals assigned to the FBI’s Joint Terrorism Task Force that “his intention was not to cause harm to the aircraft or its passengers.”

He said that his motive in tampering with the navigational system was because he was “upset” over stalled contract negotiations between the mechanics’ union and American Airlines that has raged for months — that “the dispute had affected him financially.”

He further said he only tampered with the plane’s air data module “in order to cause a delay or have the flight canceled in anticipation of obtaining overtime work,” according to the affidavit.

If you find a picture of the alleged terrorist, let me know.  And, if anyone finds any mention of this ‘new American’s’ nationality please send it my way!