This is a story about a likely ‘new American,’ of course not on the scale of the horrific story yesterday just a few miles away in Washington, DC where an Ethiopian former refugee knifed a young woman to death for no apparent reason.

But, it is worth mentioning.

Thanks to reader Cathy for sending me the press statement from the Fairfax County, Virginia police.

Mason Police District – Detectives from our Criminal Investigations Section are seeking potential additional victims after U.S. flags were destroyed in several neighborhoods in Annandale. Maria Arif, 39, of Annandale, was arrested on Aug. 26, as part of the ongoing investigation. Arif was charged with larceny, two counts of destruction of property and two counts of mutilating a U.S. flag. Arif was taken to the Fairfax County Adult Detention Center where she posted bond.

Detectives believe there may be additional victims in this case.

Another news account (WMAL) quotes a police spokesman.  The neighborhood was watching!

“The victims started contacting the police after a large number of flags over the course of a few days were being vandalized in the neighborhood,” Fairfax County police spokesman Trevor Steranko said. “The neighborhood had come together and pretty much identified her and when police were in the neighborhood, the community was able to point her out.”

***Update*** Breitbart is reporting that the alleged killer came to the US as a child in a refugee family from Ethiopia. He became a US citizen a few years ago.

I’ll let you search for the details yourself (it is all over the news).

But, here is Jim Hoft’s headline at Gateway Pundit:

Of course none of the major media is reporting anything about his status as a ‘new American’ from Ethiopia.

But here is more information at Heavy.com about the evil creep.  On social media he described himself as Ethiopian.  Note (when you read the Heavy story) that he was an Obama and Hillary supporter.

Eliyas Aregahegne, the suspect accused in the random stabbing of a Washington D.C. dog walker who was interning in the city, described himself as a once promising college student and scholarship winner.

That all changed, police say, on August 27, 2019; they accuse him of repeatedly stabbing a stranger to death on the street in a vicious random attack. The victim was named as Margery Magill, 27, of Northwest, D.C. Police wrote that, on August 28, 2109, Eliyas Aregahegne, 24, of Northwest, D.C., was “arrested and charged with first degree murder while armed.”

“It’s absolutely tragic. I still can’t wrap my head around it,” Magill’s sister, Raeann Magill, told News4. “You know, out walking a dog and to be attacked like that. How can anyone even fathom that? I mean, it’s truly tragic and I even think to myself, why her?” Police say they don’t know.

It makes me sick!

African immigrant kills white woman—how many times lately have we reported that story!

Mark my words, but by tomorrow or the next day the story will be forgotten because once again the horrific news runs counter to what the PC media want you to believe which is that they are all here for a better life! 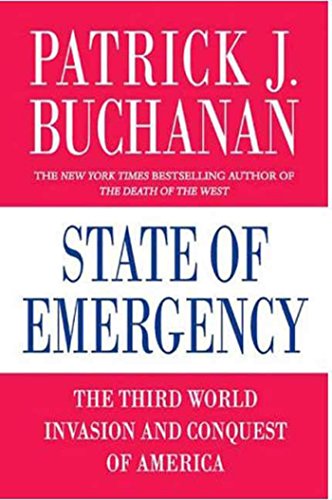 The US Justice Department made the announcement of the arrests here earlier this month.

The human smuggling organization targeted is alleged to be responsible for the illicit smuggling of scores of individuals from East Africa and the Middle East, into Brazil, and ultimately to the United States. The enforcement operation included the execution of multiple search warrants and the arrests of three prolific, Brazil-based human smugglers on Brazilian charges: Abdifatah Hussein Ahmed (a Somalian national); Abdessalem Martani (an Algerian national); and Mohsen Khademi Manesh (an Iranian national).

“We commend today’s efforts by our Brazilian counterparts to take decisive action under their recently enacted human smuggling laws against criminal networks that threaten the national security of Brazil, the United States and other nations,” said Assistant Attorney General Brian A. Benczkowski of the Justice Department’s Criminal Division. “Such collaborative efforts with our foreign law enforcement partners show our collective resolve to hold international human smugglers to account to the fullest extent of the law.”

The Center for Immigration Studies has more on this, see here.

Maybe the Prez is already doing it, but he should be trumpeting news like this at rallies and on Twitter.

The average American has no idea that his Administration is making some headway in the area of law enforcement—whether that involves the opioid crisis as I reported yesterday here, or big Medicare, Medicaid and Food stamp fraud busts that I’ve been reporting on regularly here at Frauds and Crooks.