It is a “malevolent and wasteful plan to concentrate refugees in blue states.”

Sounds like a good plan, but it does have problems which unfortunately I haven’t the time to discuss this morning.  The biggest problem is that it is a band aid.  The entire Refugee Program should be scrapped in my opinion.

That said, it sure is fun to watch Trump twist their tails!

WASHINGTON — The Trump administration is considering a new policy that would allow state and local jurisdictions to deny entry to refugees who have been approved for resettlement in the United States, according to a draft of an executive order obtained by NBC News.

According to the draft, “the federal government will resettle refugees only where both the relevant state and local governments have consented to participate” in the program that allows refugees to resettle.

The plans are currently out for review by lawyers and counterparts at various government agencies, a senior DHS official said.

If a state or local jurisdiction does not agree to take in refugees, the federal government will have to find another location, according to the draft. An exception to this rule would be made in the case of resettling spouses or children of refugees already settled.

The White House and the Department of Homeland Security did not respond to requests for comment.

Refugee rights organizations have long advocated for refugees to be relocated in areas where there are already refugees of the same country living to create a sense of community for those fleeing violence and persecution.

It is wonderful how the President gets them to show their colors!

Here a former Obama official admits there wouldn’t be enough ‘welcoming’ states and cities (if given the opportunity to say NO!) to accommodate all the refugees the refugee industry is demanding.

Peter Boogaard, who worked on immigration issues in the Obama White House, said the executive order would hinder religious organizations, like the Catholic Church, from resettling immigrants in states around the country and “would also have a dramatic impact on the ability of future administrations to return refugee admissions to the normal historic levels.”

If carried out, the draft executive order on refugees would undermine efforts to resettle them and violate the intent of a 1980 law that clearly grants the federal government authority over refugee policy, said Mark Hetfield, president and CEO of the Hebrew Immigrant Aid Society (HIAS), which works to resettle refugees under State Department agreements.

He called it a “malevolent and wasteful plan to concentrate refugees in blue states.”

To add fuel to the fire, tell Trump you like the idea, but it doesn’t go far enough! 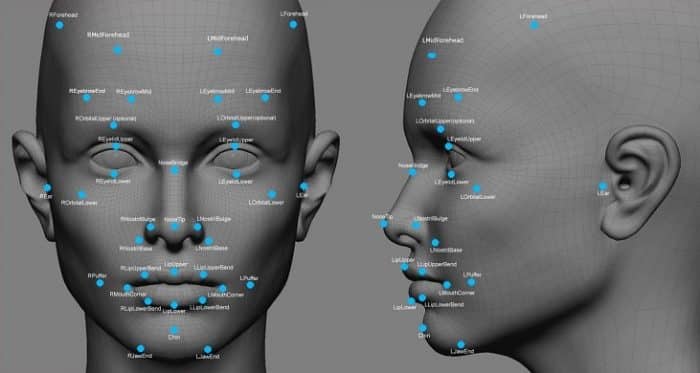 Didn’t we hear for years during Obama’s presidency that all refugees were being screened and that included the use of so-called biometric data collection?

Every time I saw the Open Borders pushers say that I laughed because what good is the data if there was no data base to compare it to.

Well, we learn here that the Trump Administration is collecting the data on wannabe refugees and groups like Human Rights Watch are squawking!  Of course they are!

If wannabe New Americans have nothing to hide, what is the problem?

The U.S. Department of Homeland Security has been collecting biometric information for months on refugees who are referred for resettlement — retaining the data even if they never enter the country.

The United Nations High Commissioner for Refugees every year sends profiles on refugees for potential resettlement to federal agencies, according to a report Wednesday by Defense One.

The agencies use the information to determine which refugees may enter the United States. The data include names, birthdates and countries of origin. [Pretty easy to cheat on these things!—-ed]

However, “as of late” the information includes biometric data, Defense One reports.

In January, the United Nations agency contracted with U.S. Citizenship and Immigration Services (USCIS) to share fingerprints, iris scans, face images and other biometric data on the refugees referred for resettlement.

According to Defense One, the agency said the data will help U.S. officials better identify and vet potential refugees.

“Biometric verification guards against substitution of individuals or identity fraud in the resettlement process,” USCIS officials said in a privacy impact assessment for the program.

“Many refugees live for long periods in asylum countries, and the use of biometrics ensures that there is [an] unbroken continuity of identity over time and between different locations.”

United Nations data cited by Defense One showed that fewer than a quarter of the nearly 85,000 cases reviewed by USCIS last year led to refugees being admitted to the U.S.

Wow!  We rejected 33,485 refugee applicants that apparently had been selected by the UN for us!  What does that tell you!  A lot of cheaters?

Human Rights Watch is not happy!

“A centralized database of biometric data belonging to refugees, without appropriate controls, could really lead to surveillance of those refugees as well as potentially coercive forms of scrutiny,” Amos Toh, an artificial intelligence researcher at Human Rights Watch, told Nextgov.com.

If the ‘refugees’ are not liars, cheaters, crooks, murderers, or terrorists, why should it matter if their biometric data is kept on file? One of these days they might show up at the southern border and we would want to know who they are—right!