His lawyers claim his planning was just “puffery and bragging.” 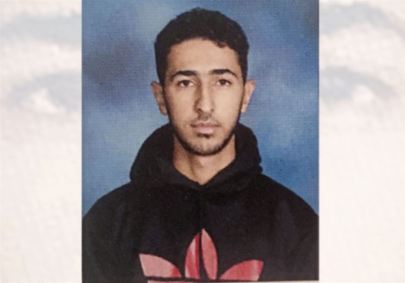 This is a brief update of the story I posted here last month.
From the Associated Press.
Readers, do you realize the progress being made here?

The word refugee is in the headline!

This AP story could easily have read: “Pittsburgh man pleads not guilty…”

PITTSBURGH (AP) — A Syrian refugee accused of plotting to bomb a Christian church in Pittsburgh to inspire Islamic State of Iraq followers has pleaded not guilty to terrorism charges.
Mustafa Mousab Alowemer entered his plea Wednesday during his arraignment in federal court. His lawyers have dismissed the alleged plotting as “puffery and bragging.”


Alowemer is charged with attempting to provide material support and resources to the Islamic State of Iraq and two counts of distributing information about an explosive, destructive device, or weapon of mass destruction.
Authorities claim he had detailed plans to bomb the Legacy International Worship Center, a small Christian church.
Authorities say Alowemer was born in Syria and came to the United States in 2016 [as one of Obama’s 15,000+ robustly vetted Syrian refugees—-ed]. He was arrested last month while meeting with undercover FBI agents.

As I said previously, when I began ‘Frauds and Crooks’ in January of this year I expected to be writing about frauds involving Food stamps, Medicare, Medicaid, grant fraud, immigration scams and so forth, but instead I’m now writing mostly about violent crimes planned or perpetrated by so-called “new Americans”  —stories largely overlooked by the mainstream media!