I’ve been writing lately about how the mainstream media is doing a great disservice to us.
Most Americans aren’t spending their whole days combing the internet for news and thus depend on the major media outlets to tell them what is happening in America.
Sadly, they are getting biased and incomplete information about issues that impact them and could ultimately affect the safety and well-being of their loved ones.
Here Leo Hohmann tells us about a near complete black-out by the media power brokers about the shoot-out at an ICE detention center in Tacoma, Washington on Saturday.
And, Hohmann makes a frightening prediction….
END_OF_DOCUMENT_TOKEN_TO_BE_REPLACED 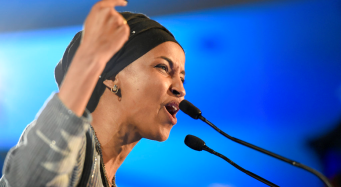