It has happened every year since 2001 when the UN declared June 20th ‘World Refugee Day‘—an opportunity to build a media/fund raising message around this arbitrary day! 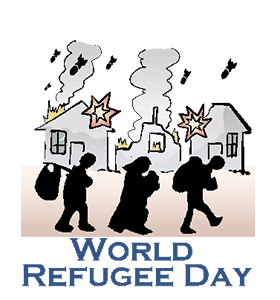 The Left knows how to make proclamations about events like this one as a way to build a media campaign and to raise money for whatever the cause.  (Why don’t conservatives do that sort of thing?)
Watch for cultural events popping up near where you live and fluffy media accounts of the joys of multiculturalism.
HIAS, the Hebrew Immigrant Aid Society, is getting a jump on the big day which is still a few weeks off with a letter to followers from CEO Mark Hetfield looking for money.
Editor: A reader asked that I place a link to the White House contact form on the front page here at ‘Frauds and Crooks.’  See it in the right hand sidebar. Click on the image of the White House to access the contact form.  This post might be one worth mentioning to the Prez because once again, HIAS gets millions from the federal government (from us!) while it criticizes the President we elected. 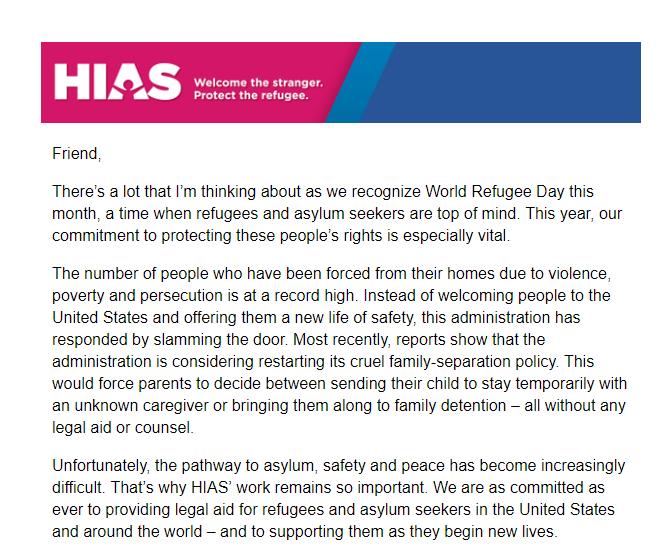 Now have a look at the most recent Form 990 I could find for HIAS (Filed Sept. 22, 2017).
The first important page shows how much of their funding comes from you in the form of Government grants, service fees, and the airfare collection fees, aka migrant loans (all your money!).
Nearly $25 million in grants alone! 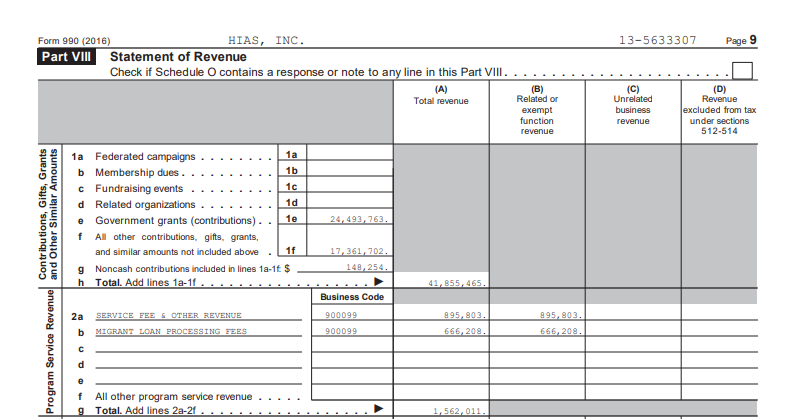 Now here is another important page—salaries and compensation of top officials.
Because HIAS is a non-profit group they are required to report this information and make it public.

I want to emphasize that if they were a private business we would have no interest in their salaries, however, as a ‘charity,’ especially a ‘religious charity’ that is funded with large government grants, we have a right to know how their (our!) money is used.

I don’t want you to get the idea I’m just picking on HIAS, the other eight federal contractors will all be using World Refugee Day as a fundraising/media opportunity. It is just that HIAS is probably a little ahead of the rest of the pack in getting their appeals out and thus it is the first one I’ve seen.
This post is filed in my ‘Charity fraud’ category because in my opinion it isn’t a charity when it lives off of the taxpayers.