Glenn Beck’s The Blaze has all the gory details: 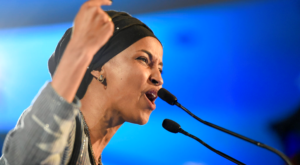 Absent from the list: U.S. Rep. Ilhan Omar, or any other elected official or candidate.

This was intentional. Responding to questions via phone and email, Imam Tawakal states that the project is strictly “charity work,” and that he has been explicitly rejecting political partnerships and forbidding campaign photo or video opportunities.

On May 5, GMCC posted a formal news release announcing the program’s growth and success, and again listing partners and major donors. No political campaigns had joined, as expected.

4 thoughts on “Don’t Miss Latest Rep. Ilhan Omar News! Claim She was Raising Money for a Food Drive was False”