Those are just some of the topics at the newly reconstructed Refugee Resettlement Watch this week.

Needless to say, refugee news is breaking out everywhere as the refugee resettlement contractors and their friends in Open Borders Inc. agitate and organize against the President. 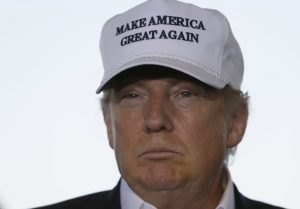 I’ve got some good frauds and crooks posts in my queue, but wanted to direct some of you who are most interested in the US Refugee Admissions Program back to RRW where news is busting out all over.

Taking advantage of the President’s Executive Order that attempts to give some local say-so about refugee placement, the contractors have launched a campaign to get letters into the White House in support of more refugees from Leftwing governors.

Refugee Contractor/Community Organizer Tells Followers to Get to their Governor

And, then, much to my surprise a Colorado University study says that refugees are living in cycles of poverty.  I’m not surprised about that fact, only surprised anyone on the Left is admitting it!