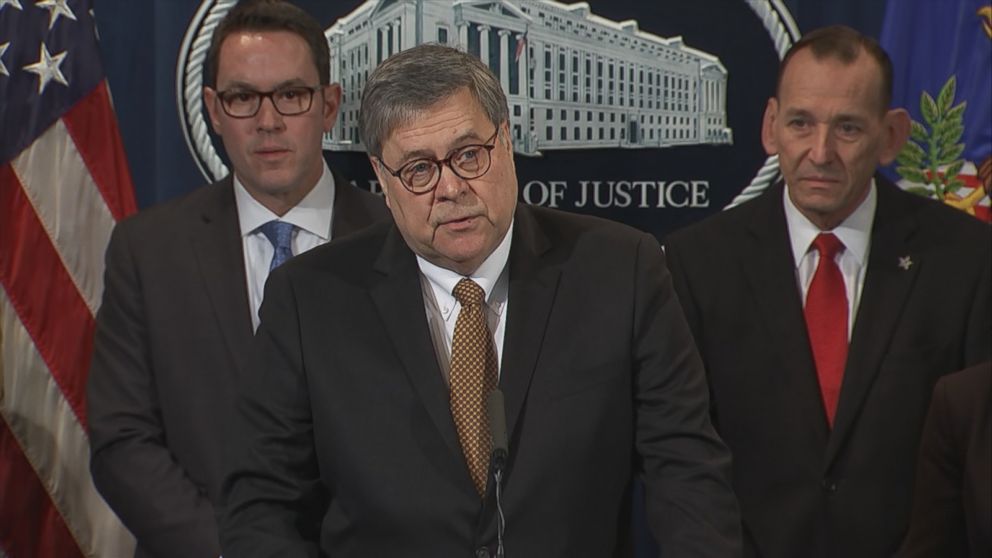 Last week, new Attorney General William Barr announced a massive bust of the crooks scamming the elderly in America.  The investigation which began under former AG Jeff Sessions nabbed criminals in the US and abroad.
As with the college admissions fraud we learned about yesterday, I recommend that the Trump Administration put their fraud-busting work front and center as they head into the 2020 election cycle.
No one, on either side of the political aisle wants to be ripped-off!

Attorney General William P. Barr and multiple law enforcement partners today announced the largest coordinated sweep of elder fraud cases in history, surpassing last year’s nationwide sweep. The cases during this sweep involved more than 260 defendants from around the globe who victimized more than two million Americans, most of them elderly. The Department took action in every federal district across the country, through the filing of criminal or civil cases or through consumer education efforts. In each case, offenders allegedly engaged in financial schemes that targeted or largely affected seniors. In total, the charged elder fraud schemes caused alleged losses of millions of more dollars than last year, putting the total alleged losses at this year’s sweep at over three fourths of one billion dollars.
[….]
“Crimes against the elderly target some of the most vulnerable people in our society,” Attorney General William P. Barr said. “But thanks to the hard work of our agents and prosecutors, as well as our state and local partners, the Department of Justice is protecting our seniors from fraud. The Trump administration has placed a renewed focus on prosecuting those who prey on the elderly, and the results of today’s sweep make that clear. Today we are announcing the largest single law enforcement action against elder fraud in American history. This year’s sweep involves 13 percent more criminal defendants, 28 percent more in losses, and twice the number of fraud victims as last year’s sweep. I want to thank the Department’s Consumer Protection Branch, which led this effort, together with the Department’s Criminal Division, the more than 50 U.S. Attorneys’ offices, and the state and local partners who helped to make these results possible. Together, we are bringing justice and peace of mind to America’s seniors.”
A list of Elder Fraud cases by the Department of Justice is provided on this interactive map.

Below is a screenshot of the map, click here, to see what cases were brought in your state. 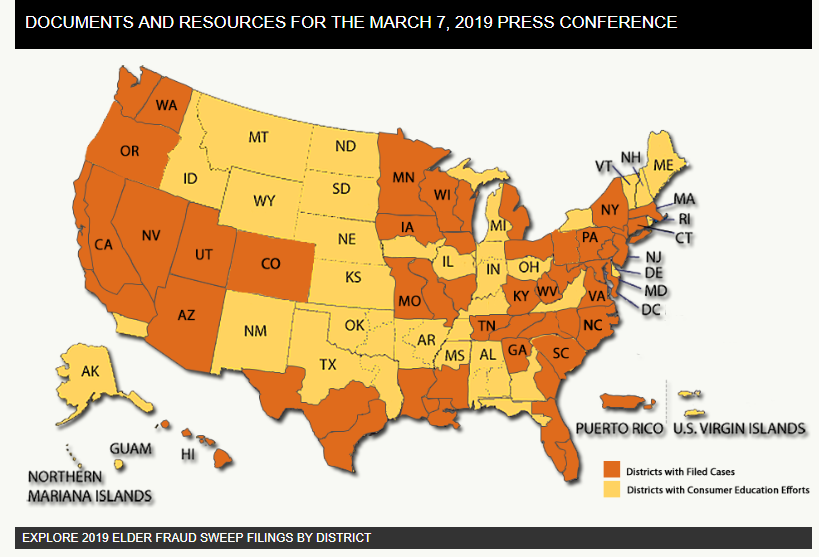 Be sure to look at the press release because it is full of very useful information. I was most interested in their work in finding the crooks ripping off American seniors from somewhere else in the world.
The Justice Department advises anyone who suspects fraud to file a complaint:

Elder fraud complaints may be filed with the FTC at www.ftccomplaintassistant.gov or at 877-FTC-HELP. The Department of Justice provides a variety of resources relating to elder fraud victimization through its Office of Victims of Crime, which can be reached at www.ovc.gov.