Here is the Dallas Morning News on this latest twist:

After Dallas County decision, some call for Collin County to seek death for murder suspect Chemirmir

After Dallas County’s proceedings are complete, Collin County will have a chance to try Billy Chemirmir for cases in Frisco and Plano and could seek his execution. 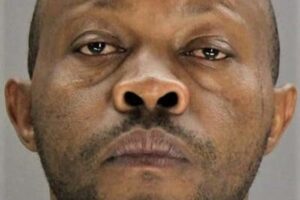 When Dallas County’s district attorney announced he wouldn’t seek the execution of a man suspected in at least 24 killings, some of the families of the dead and the DA’s political critics shifted their hopes to another venue just across the county line.

Citing logistical challenges, District Attorney John Creuzot told the families he was going to focus on obtaining consecutive life-without-parole prison sentences for Billy Chemirmir, who has been charged with 13 counts of capital murder in Dallas County after he was accused of smothering elderly women and stealing their jewelry, cash and other valuables.

But Chemirmir could still face the death penalty on five similar charges in Collin County.

In response to the deaths, Patterson filed a series of bills during the recent legislative session to improve senior security and change death certificate procedures. Now, he has called on Willis to seek the death penalty, calling Creuzot a “coward” on Twitter.

“It’s a pattern we’re seeing in Dallas of lawlessness being acceptable,” Patterson said Wednesday, pointing to Creuzot’s decisions not to prosecute some minor crimes such as low-level theft. “If you are going to murder 18 to 24 people and not get the death penalty, then what are we doing?”

One of the cases cited in the Dallas Morning News story is that of the murder of Carolyn MacPhee who lived in Plano, in Collin County.

I wrote about her son’s story here in February:

To me the story of the death of Carolyn MacPhee exemplifies the careless investigations by law enforcement and medical examiners of many of Chemirmir’s murder victims.

They seemed to operate under the assumption that seniors die suddenly for no reason, so just move along.

Even when there is blood smeared throughout the house?

Here is what the Texas Observer says about it:

Carolyn MacPhee met Chemirmir in October 2016 when her husband of nearly 60 years, Jack, was dying of a progressive nervous system disorder. The MacPhees had met in the 1950s at Washington State University in Pullman. Even in her early 80s, Carolyn still had the flair of the girl she’d been when they became college sweethearts. She didn’t want to send Jack to an institution, but needed help to care for him in their Plano home. She found Chemirmir, who was working under the alias Benjamin Koitaba, through a service that claimed to vet home health workers, although Chemirmir, using a fake ID and already with a criminal record, should not have passed a background check.

“Koitaba” worked as a replacement caregiver in the MacPhees’ home off and on for four months—long enough to learn the family’s routine and the layout of their home. As part of the care team, he received notice when Jack died. He came back to murder his former patient’s widow six months later, according to a Collin County indictment. When found on Sunday, December 31, 2017, Carolyn was dressed up and ready to go out to church.

Her son, Scott MacPhee, came to his mother’s house to meet Plano police officers that day. He was mystified by what he observed: “It was cold that day, but her coat had disappeared. And two valuable rings she always wore were missing.” He challenged a Plano detective about the missing items, but the response was, according to him, “Old people hide their stuff.” There was blood in the bathroom, in the garage, near her body, and even on her glasses. And yet his mother had no obvious wounds. Officers collected no samples of the blood. Nor did they take photos or videos, he said. No autopsy was ordered by Collin County officials.

Months later, when he saw the news stories about Chemirmir’s arrest and all the other killings and robberies of older women, he called police again. Eventually, they called back. Through cell phone records, investigators told him they knew that Chemirmir had visited his mother’s home on the day she died. They requested her bloodstained glasses, which he had saved. On them was Chemirmir’s DNA.

What Scott can’t stop wondering is this: How many elderly people were marked as natural deaths whose deaths were not natural at all? Publicly, the Plano, Dallas, and Richardson police departments have said that they are reviewing more than 750 other unassisted elderly deaths over the past 10 years, but Scott is skeptical of their commitment to the cold murder cases. “I have no evidence they’ve done that. I’ve seen no more indictments.”

For more on this horrific case that national corporate media is ignoring, see my tag for Billy Chemirmir below.