…. Holy See is “making itself the servant of the New World Order.”

***Update*** Readers are asking me what happened as they began watching the online conference when their programming went down.  One friend indicates that she heard they were deplatformed and will be attempting to get back on live with another host.  When I learn something I will let you know.

Entitled Covid-19 and the Great Reset, the online conference to counter the Pope’s event begins Friday in advance of the Vatican’s “health” conference that features the likes of Chelsea Clinton and Dr. Fauci along with a whole host of globalist movers and shakers.

The purpose of the Truth Over Fear Summit is to alert Americans to the use of the Chinese virus ‘crisis’ to bring about the globalists’ dream of the international so-called Great Reset now aided and abetted by the Pope himself.

Here is what the organizers of Truth Over Fear are saying about their event which begins this Friday, April 30th:

Truth Over Fear summit is a three-day online gathering of 40+ frontline doctors, scientists, attorneys, researchers, and journalists, who will share invaluable and eye-opening insights into the truth behind the headlines, Covid-19, the rushed vaccine, and the Great Reset.

Big Tech does not want you to hear this information and is working hard to censor us. Most of our presenters have been silenced. In fact, the same day we published this summit, YouTube terminated our account and we are now shadow banned everywhere.

You, and only YOU, have the right to make INFORMED decisions for yourself and your loved ones.

Do not let anyone take those rights away from you.

We the People need to stand up and say ENOUGH.

Wow!  Take a look at the speaker line-up!

Both sides of the political great divide are represented and you will recognize some of the doctors speaking as ones who have been openly critical of the mRNA shot.

You can sign-up here.  I hope to watch some of it.

Meanwhile, LifeSiteNews has published a petition focused on how the conference is antithetical to the views of most Catholics.  The petition urges the Vatican to cancel it.

The Vatican has announced its fifth International “Health” Conference on “Exploring the Mind, Body & Soul,” to take place between May 6-8, and nearly everything about the conference is rotten — morally, scientifically and culturally. 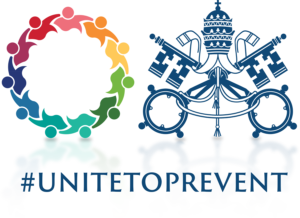 The logo for the conference is a circle of people linking hands, colored in the tones of the LGBT rainbow flag, and positioned next to the crossed keys and Papal tiara of the Pontiff. In the ten goals listed for the conference, the Pontifical Council for Culture makes no reference to God or the Catholic Church.

The organization and promotion of this conference is beyond an outrage, it is a closer to a sacrilege (also outrageous!).

Indeed, of the conference, Archbishop Viganò has said that the Holy See is “making itself the servant of the New World Order.”

More on the petition here.

If you are not a subscriber of my other blog, Refugee Resettlement Watch, you probably missed my post yesterday.

It is more on the continuing fascination I have with how the Biden administration managed to cause his NO Borders pals heads to explode when he made the unforgiveable error of saying he would leave Trump’s very low refugee admissions cap in place for the next six months.

Such a rookie political blunder suggests to me that this administration is internally chaotic and weaker than at least I anticipated.

Although, just as I am wrapping up here it occurs to me that maybe Joe himself hasn’t bought into all of the Far Left agenda because it was he personally who didn’t want to raise the cap this year.  Watch out Joe! President Kamala is lurking!