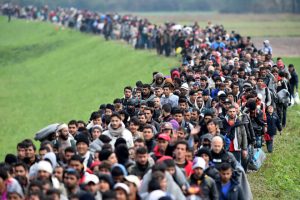 4 thoughts on “Free Speech Dead in France; We Could Be Next if Dems Take the White House”