Not surprisingly a whole bunch of Islamic groups are crying foul with the federal government’s decision to go for the maximum punishment for the pair of alleged bombers we told you about here and here recently.

Lawyers Urooj Rahman and Colinford Mattis stand accused of throwing a Molotov cocktail through the broken window of an abandoned police cruiser during Brooklyn racial justice protests on May 30. The device burned part of the empty cruiser’s dashboard, prosecutors allege. Nobody was injured during the incident.

“No rational human being can ever believe that hurling firebombs at police officers and vehicles is justified,” Brooklyn U.S. Attorney Richard Donoghue said.

The two have both pleaded not guilty to several arson and federal explosives charges. If convicted, they face a 45-year mandatory minimum sentence, with the possibility of life in prison. The attorneys are being held without bail at the Brooklyn Metropolitan Detention Center.

In a statement, a coalition of 35 Muslim, South Asian and Arab civil rights and advocacy groups*** argue the treatment is disproportionately harsh and likely linked in part to the lawyers’ racial and ethnic backgrounds. Rahman, 31, is a Pakistani American Muslim woman. Mattis, 32, is the son of Jamaican immigrants.

“These excessive charges targeting Colin and Urooj set a dangerous precedent, and function to instill fear and stifle protest by Black, South Asian, and Muslim protestors at a moment where millions take to the streets worldwide to demand justice,” the statement reads.

“This prosecution is also rooted in a longstanding history of anti-Black racism and structural Islamophobia in the United States.”

The coalition, led by the American Muslim Bar Association, Believers Bail Out and Justice For Muslims Collective, claims the pair is being targeted “for their solidarity with those murdered by state violence.”

***I wanted to see the whole list of 35 groups coming to their defense, but couldn’t find it (I was too lazy to look for too long), but here is the American Muslim Bar Association’s statement.

Jihad Watch has more, but I’m still not seeing the whole list! 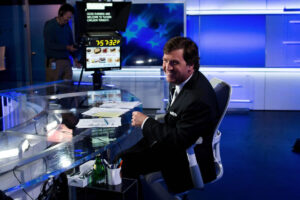