A couple of days ago, I told you that you must become community organizers and fight to save your towns and cities. By re-electing Donald Trump you buy four more years to get to work!

Reader Judy came across an inspirational story that, although five years old, tells us what is possible when just a few people get together, investigate, and then hold elected officials accountable.

From Take Back Our Power: 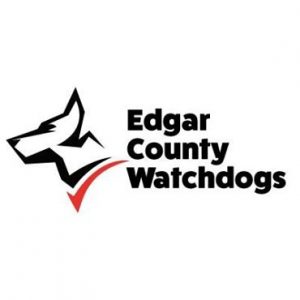 Illinois’ number one manufactured product is corruption. More than 95 percent of the Illinois legislature is safe in gerrymandered districts. The incumbent governor has three current federal investigations of his administration, but the Attorney General/state’s attorney class can’t find public vice anywhere.

Residents that voted in the recent election said they are hoping officials have learned from the past mistakes of others.

So what can the law abiding citizen do? The answer is coming from some regular guys in southern Illinois who decided to hold public officials accountable. They call themselves the “Watchdogs.”

Kirk Allen and John Kraft — two military veterans — live in Edgar County which just might be the most corrupt county in the country. For a couple of watchdogs, it’s a target rich environment.

In an effort to take back their government from self-serving politicians and bureaucrats, Kraft and Allen established a group called the Edgar County Watchdogs. Through a combination of public pressure, Freedom of Information filings, lawsuits, and media exposure, they have created a system that deeply threatens Illinois’ corrupt, entrenched political establishment. They operate a blog called Illinois Leaks that exposes corruption at the state and local levels. The blog is so popular that, it is trusted more than the local paper.

Considering the fact that, according to Forbes, their home county’s government has racked up over $79 million in debt all on its own while serving only 18,000 residents, Kraft and Allen have their work cut out for them.

By relentlessly pursuing justice for even the smallest infractions by bureaucrats and politicians, the Edgar County Watchdogs have driven 102 public officials to resign from their posts, including 33 officials in Edgar County alone.

The pair busted the mayor of Redmond for attempting to hold office while living out of town. They represented themselves in court and beat Illinois Assistant Attorney General Emma Steimel in a lawsuit seeking access to state e-mails. Officials who have resigned due to the Watchdogs’ efforts include a property tax assessor, the Edgar County board chairman, an entire airport board and its manager, the attorney for Kansas Township’s fire department, Shiloh’s superintendent of schools, and Effingham’s health department administrator, among others. After they exposed corrupt, illegal, and self-serving spending habits by the Ford-Iroquois County health department, the entire bureaucracy was dissolved. In some cases, federal agents have even stepped in to investigate and issue subpoenas to local officials after receiving tips from Kraft and Allen.

Since the story is old, I checked to see if their blog is still up and running and it is, see it here.

There is no reason that you can’t do this where you live!

If you aren’t visiting the newly reconstructed Refugee Resettlement Watch yet, check out two posts there today.  RRW was informing now Trump chief immigration expert Stephen Miller in the run-up to the 2016 election, here.

And see how the great replacement is changing the electoral map from Virginia to Montana.