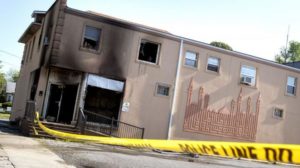 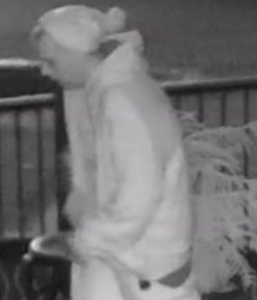 This is a sick story about people who should not have been in the US in the first place.

Thanks to reader Maria for sending it.

A St. Louis teen confessed to raping his 11-year-old relative about 100 times after she gave birth to his baby in a bathtub, according to a news report.

Cops were tipped off to the alleged abuse at the hands of Norvin Leonidas Lopez-Cante when his father brought an infant to St. Joseph Hospital on Tuesday and told police someone left the child on his front porch, KSDK-TV reported.

The baby still had its umbilical cord and placenta attached and a body temperature of 90 degrees, the NBC affiliate said.

On Thursday, police visited the father, Francisco Javier Gonzalez-Lopez, and he told them his 17-year-old son was the father of the child and their 11-year-old relative was the baby’s mother — but claimed he had no knowledge of the abuse or the pregnancy until the girl gave birth.

Lopez-Cante later admitted to authorities that he had sex with the girl about twice a week, a total of about 100 times, the report said.

The story gets worse!

From KSDK Five on Your Side:

ST CHARLES, Mo. — A mother was charged after her 11-year-old daughter gave birth in a bathtub last week.

Lesbia Cante pleaded not guilty Wednesday to a charge of endangering the welfare of a child. In court Wednesday, her cash-only bail was increased to $100,000 from $10,000.

Gonzalez-Lopez said he did not know the girl was pregnant or that Lopez-Cante was raping her until she gave birth to the child in their bathtub.

After police read Lopez-Cante his Miranda rights, he told police he had sex with the girl about 100 times but did not know she was pregnant. He said he did not know when he first had sex with her but said it happened about twice a week.

Lopez-Cante was charged with first-degree statutory rape, statutory sodomy and incest. His bond was set at $25,000, cash-only.

Gonzalez-Lopez was charged with endangering the welfare of a child for his role in the incident. His bail was set at $10,000, cash only.

Charging documents said he entered the country illegally and was previously deported.

Look at those bail amounts—Gonzalez-Lopez who has been previously deported gets the lowest bail of the bunch!

I didn’t see any mention of the nationality of these sickos..  Let me know if you do!

Aside from wreaking the girl’s life, the illegal aliens will now cost taxpayers a fortune as their cases move through the criminal justice system. Expensive incarceration will surely follow. 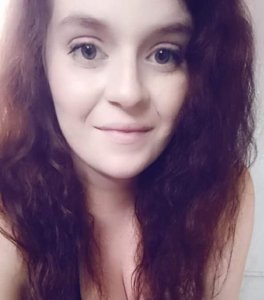 Last night I wanted to see if there was anything new on the murder of Margery Magill.

She was the young woman stabbed to death by a stranger while walking a dog in Washington last week.

By all accounts Margery had a lot to give to the world as you can see by the death announcement at UC Davis where she had been an outstanding student.  My headline is their headline—-passes away unexpectedly!

No mention of how she passed away!

No mention of the creep who allegedly murdered her—a refugee from Ethiopia!  Is it because he was African? A refugee? Someone we ‘welcomed’ to America? Black while she was white?

Just like the Texas story about alleged mass murderer, Kenyan Billy Chemirmir, the politically correct powers that be will sweep the uncomfortable news from public view.

Maybe if their weapons weren’t pillows in Chemirmir’s case or knives in the brutal murder of Margery Magill, but they had used guns, the stories might live for a few additional days.

I was checking my list of murders last night and in addition to Margery, we have the case still on-going in Noel, Missouri where law enforcement is searching for a Somali man for questioning in the murder of Jessica McCormack whose daughters he initially kidnapped.

He is apparently still on the loose.  Learn more about Jessica, here.

I’ll do my best to report any news on these cases going forward even as the national media moves on to what? Gun control? Hurricanes? Trump’s evil border polices!

In the little meatpacking town of  Noel, Missouri, a Somali national is wanted for kidnapping children of a deceased white woman whose body was stuffed in a suitcase and found along Highway 59.

As of right now, Mahamud Tooxoow Mahamed, a former Tyson Foods employee, is still on the loose.

First here is the news about the body of Jessica McCormack being found,

MCDONALD COUNTY (KFSM) — The McDonald County Sheriff’s Office has identified a woman whose body was found along Highway 59 near Noel, Missouri.

Jessica McCormack’s body was found July 29 on a steep hillside beside a suitcase along Highway 59 between Noel and Ginger Blue.

Investigators say the 25-year-old had not been seen since the middle of July. Authorities were not notified by anyone that she had been missing.

The children have been identified as 4-year-old Siah Casillas, 20-month-old Saidah Noor and 7-month-old Intisar Mahamed.

It is believed that at least one of the children was fathered by Mahamed.

Here is the most recent news,

A Noel man has been charged in federal court with kidnapping the 4-year-old daughter of a woman whose body was discovered in a suitcase last month. Read the full press release below:

Mahamud Tooxoow Mahamed, 37, a Somali national***, was charged in a criminal complaint filed late Tuesday in the U.S. District Court in Springfield, Mo. Mahamed is not in federal custody and is a fugitive from justice.

According to an affidavit filed in support of the federal criminal complaint, the body of Jessica McCormack, of Noel, was discovered on July 29, 2019, near Missouri Highway 59 between Lanagan, Mo., and Noel.

The last time McCormack was seen alive, the affidavit says, was when law enforcement officers responded to a call at her home on July 16, 2019. Also present in the residence were Mahamed, who was identified as McCormack’s paramour, and McCormack’s three daughters, identified in court documents as Jane Doe 1 (four years old), Jane Doe 2 (two years old), and Jane Doe 3 (six months old). Jane Doe 2 is Mahamed’s daughter.

McCormack’s children could not be located after her body was discovered and identified.

An Amber Alert was issued for McCormack’s three children, who were located at a residence in Des Moines, Iowa, and taken into state custody on Aug. 8, 2019.

According to the affidavit, a woman who formerly worked with Mahamed at the Tyson plant in Noel told law enforcement officers that Mahamed arrived at her Des Moines residence with the children on Aug. 5, 2019. She discovered he had left on Aug. 8, 2019, the affidavit says, when she found a note from Mahamed informing her that he could not care for the children.

*** By the way, almost all Somalis in the US came in through the US Refugee Admissions Program.  At Refugee Resettlement Watch I had an extensive archive on how meatpackers and their appetite for cheap labor were negatively changing the heartland.