As many of you know I began blogging 12 years ago when I became interested in educating Americans about just how the process of Refugee Resettlement works in our country.
My work began when refugees were being quietly placed in nearby Hagerstown, Maryland and I simply wanted to know how the program works and who is paying for it. 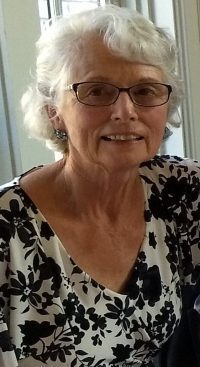 My curiosity turned into an obsession with nearly an every day investigation into the federal program and related issues surrounding the Leftwing Open Borders goal of changing America by changing the people.
RRW was funded by no one, and so my work has been my charitable contribution to our great country.
RRW was filled with facts and financial data, reports on the refugee contractors, government information and reports on communities that were being targeted with resettlement (with a few horror stories about immigrant criminals/crooks/terrorists sprinkled in).
The way things are going now, I shouldn’t be surprised that the power on the Left has managed to silence that blog with its nearly 9,000 posts!  I just wonder why now?
If WordPress, which was hosting RRW, had such a problem with my content wouldn’t they have looked into it at some point over the last dozen years!  And, why now when I hadn’t been actively writing there for more than a half a year! Was my archived data such a threat to whomever was complaining to WordPress?
(See my post in January about why I began writing ‘Frauds and Crooks.‘)
And, to top it off, they gave me no warning!
One day a reader was planning to look for something there and got this notice.  (See my post on July 1, here).

I contacted WordPress then to ask what was going on and got this (below) e-mail response after I noticed all data collection at RRW had stopped in mid-June. So….

When were they going to tell me they had shut down my work?

END_OF_DOCUMENT_TOKEN_TO_BE_REPLACED

No time to tell you more now.
See what I said here on Sunday.  Imagine it! I was their customer for twelve years!
Just in case they shut down ‘Frauds and Crooks’ next, here is how you can reach me:
frauds.crooks.criminals@gmail.com
or,
refugeewatchwatcher@gmail.com
I don’t want to lose you, my faithful readers, and I expect to get a new website up somewhere else, but I need to know where to find you! So if ‘Frauds and Crooks’ disappears send me your e-mail address!
As one of my friends joked—we might have to invest in mimeograph machines and postage stamps if the Speech Police continue their rampage!

I’ve been meaning to tell you that you must get James Simpson’s new book anyway, but in light of the mysterious disappearance*** of Refugee Resettlement Watch it is even more important. 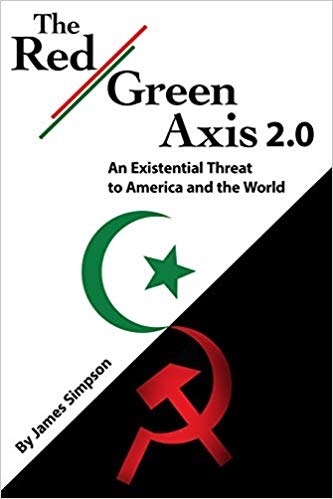 Simpson’s slim volume is a comprehensive look at the immigration crisis and the agenda behind it. It is full of facts and figures and goes beyond anything I had published about the federal contractors and other ‘charitable’ groups helping drive the agenda; and it is all in one place!
Get the book (they aren’t confiscating books yet!) and a yellow hi-lighter and go through it as if it was a text book.

Then use what you learn to become an activist for America First where you live!

It is no use to simply acquire knowledge, shake your head, and then do nothing!
Go here and get your copy!  And, then find an active role for yourself!
*** Still no response from WordPress as of this morning!

Tomorrow marks 12 years since I launched Refugee Resettlement Watch, and although I do all of my new writing here at ‘Frauds and Crooks’, faithful readers know that the site was still available with nearly 9,000 posts for research purposes.
Until just recently that is….
I’m waiting to hear why WordPress has suspended that successful educational blog after all these years.  I’ve reached out for an explanation and am still hoping it is some simple thing involving something like billing.
This is what you will find if you try to visit RRW today:

I sure hope to be updating you soon with a report that it was all an error.

I can hardly believe it’s been three months since I launched my new blog!

Time flies when you are having fun!

For new readers, I was going to mention my first ‘welcoming’ post and a review of my first two months, but they both turn up in the top five most-visited posts since January 1st.
Of 161 posts so far, here are the top five in descending order:

Why the Lack of Media Coverage about Seattle Decapitation Murder Involving ‘New Americans’?

A Review: Two Months in at Frauds and Crooks!

Welcome to My New Blog!

I am terrible at keeping up with reviewing comments.  I write a post and then dash off to do some other work hanging over my head and often don’t get back to the computer for hours, sometimes not until the next day.  So if you have been wondering why you don’t see your comments, that is the usual reason.


However, yesterday I discovered that wordpress has been busily dumping comments into a spam folder, even from those of you who have been regular visitors!  I retrieved a few, but promise to keep a closer eye on that in the future.
Visit the Blog itself!
You probably noticed that I have added a feature that simply gives you an introduction to the post and asks that you continue to Frauds and Crooks for the rest of the story.  That is because I want you to notice information in the sidebar including an ‘about,’ categories where posts are archived and my twitter feed.
Even if you aren’t on twitter you can see what I’m posting there with my comments.
Use the tags!
You will see at the end of each post, the post is categorized and tagged. If you see a tag for your state, click on it and you will see other posts about news in your state. After awhile I plan to do a survey to see which states have the most stories about frauds, crooks and criminals!
Ideas for what to do!
I’ve been trying to add suggestions at the end of each post on what you might do about the news.  However, some news simply doesn’t lend itself to action suggestions.  Some are just so dreadful all you can do is shake your head in disgust.

Thanks as always for following Frauds and Crooks!  And, let me know what I can improve!