This time a Pakistani here on an H-1B Visa!

BTW, there is news on other topics besides the virus crisis—news that is lost as we fixate on COVID-19!

A former medical coordinator for Mayo Clinic was arrested at Minneapolis-St. Paul International Airport on Thursday while trying to get to Syria to fight “on the front line” of ISIS.

The FBI arrested 28-year-old Muhammad Masood after he checked in for his flight to Los Angeles. The U.S. Attorney’s Office in Minnesota has charged Masood with attempting to provide material support to a designated foreign terrorist organization, including wanting to serve as a fighter and combat medic and talking of his desire to enact a lone wolf-style attack. Masood made his first appearance in court Thursday.

Masood is a licensed medical doctor in Pakistan working in the United States on an H-1B Visa for the past two years in the Mayo Clinic Department of Cardiovascular Diseases. In a statement Thursday, Mayo Clinic communications manager Ginger Plumbo said that Masood was not a Mayo Clinic employee at the time of his arrest. It is unclear when his employment ended.

From January to March, Masood made several statements pledging his allegiance to ISIS and its leader, according to charges.

“i want to fight on the front line as well as help the wounded brothers,” he said over an encrypted social media app to confidential informant sources, according to charges. “as i doctor i want to help mujahedeen [sic] on the ground,” he wrote. According to charges, “mujahedeen” refers to those engaged in jihad.

On Feb. 19, Masood traveled to Bloomington to meet with a confidential informant he believed would help him join ISIS. They met in the parking lot of a shopping mall and drove to a nearby hotel. They patched in another informant via video conference, who Masood believed to be an overseas commander vetting him.

Left out of the Star Tribune story is this line from an AP story:

He explained that he wanted to make the trip because he “hates smiling at the passing kuffar just to not make them suspicios.”  The affidavit said kuffar is an Arabic term meaning nonbeliever or non-Muslim.

Commit that line to memory!

“This just underscores the danger of going into a courtroom and telling a jury that an entire ethnicity of people lies and it’s based on their culture….”

From the Associated Press (h/t: Cristina):

MADISON, Wis. (AP) — A Minnesota man of Somali descent who was convicted of opening fire on other Somalis will get a new trial after a detective improperly testified that Somalis often lie to police, a Wisconsin appeals court ruled Tuesday.

Ahmed Farah Hirsi was charged with multiple counts of attempted homicide and recklessly endangering safety in the January 2014 car-to-car shooting at the Spirit Seller liquor store in Hudson, Wisconsin, just across the state line from the Twin Cities. A jury convicted Hirsi in 2015 and he was sentenced to 35 years in prison.

According to court documents, the driver of Hirsi’s car testified in a plea deal that Hirsi pulled the trigger. But the victims who testified at trial said they either didn’t see the shooter or that it wasn’t Hirsi. The driver of the victims’ car testified that he told police that the man who shot him was still out there.
Prosecutors called Tracy Henry, a detective from St. Paul, Minnesota, to the stand. Minnesota has the largest concentration of Somalis in America.

Henry testified that in her experience Somalis don’t trust police and prefer to handle disputes themselves. She added that Somali crime victims and witnesses tend to “fabricate” events to avoid retribution within their clans.

Hirsi argued on appeal that the judge never should have allowed the detective’s testimony because it impugns the credibility of another witness and it was improper because it was based on race or ethnicity.

The 3rd District Court of Appeals agreed and ordered a new trial. The court ruled unanimously that the testimony violated legal rules that prohibit one witness from commenting about the truthfulness of another witness’ testimony. The racial and ethnic aspect of Henry’s testimony raises “heightened prejudice concerns,” the court said. The relevance of group tendencies in predicting witness credibility is “extraordinarily weak,” the court said.

I can hear your knowing chuckles!

Endnote:  I’ve been busy over at RRW these last few days because first I learned that the refugee flow to America had not slowed due to the virus crisis.  Then, just two days ago, the UN stopped the flow of refugees because of fear that the refugees would be exposed to coronavirus.

This post could just as well have been posted at RRW because almost all Somalis in the US are here thanks to the UN/US Refugee Admissions Program that turned 40 on St. Patrick’s day. 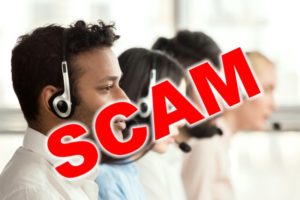 She will get 13 years in the slammer for a complex financing scheme involving Bitcoin.

We let her into the US originally on a visa to join her Pakistani family here and she ultimately became a naturalized US citizen.

Her lawyers said she wasn’t financing ISIS, but helping refugees.

Brentwood woman sentenced to 13 years in prison for aiding ISIS

A Brentwood woman was sentenced Friday to 13 years in federal prison after pleading guilty to a charge of providing more than $150,000 in financial support to the ISIS terrorist organization.

Zoobia Shahnaz, 29, was in addition sentenced to 10 years of supervised release by U.S. District Judge Joanna Seybert in Central Islip.

Shahnaz, a U.S. citizen born in Pakistan and a lab technician at a Manhattan hospital, obtained more than $85,000 of the money through a number of fraud schemes and passed the funds on to ISIS in a further complex manner, according to officials.

She was arrested in July 2017 at Kennedy Airport while attempting to board a flight to Turkey, where she intended to illegally enter Syria to join ISIS, officials have said.

Eastern District federal prosecutor Artie McConnell argued for a stiff sentence saying ISIS could have used that money to create massive destruction and death, noting that terrorist attacks around the world have been perpetrated with devices whose ingredients cost as little as $600.

Defense attorney Steven Zissou said before and after the sentencing that his client’s “only goal was to help the suffering of Syrian refugees,” after she had witnessed the carnage in Syria at refugee camps where she had volunteered.

Zissou said the average sentence of someone in his client’s position had been 11 years, with as little 4 years.

Seybert said she was leery of imposing a low sentence, saying that Shahnaz was a highly intelligent person who implemented a complex scheme. The judge noted the defendant came from a loving family and could have worked for much more peaceable organizations.

“Today, the defendant learned the consequences of seeking to join ISIS and funneling thousands of dollars into the terrorist organization’s coffers,” stated Eastern District U.S. Attorney Richard Donoghue. “There is no higher priority of the Department of Justice and this Office than protecting our country from those who support violent, hate-filled terrorist organizations.”

Because I know you need a little diversion from the virus crisis, I figured you would get a little chuckle about the latest in the marital soap opera that seems to be Rep. Ilhan Omar’s way of life.

[Readers:  Every time I write about Omar I struggle with the decision to post about her at Refugee Resettlement Watch since she is one of the more than a hundred thousand of her countrymen that we have admitted to the US over the last several decades, or should I post here at ‘Frauds and Crooks.’  ‘Frauds and Crooks’ it is!]

The most thorough coverage of the life and times of Omar is at the UK Daily Mail which seems to have a photographer on her tail much of the time!

Leftist congresswoman Ilhan Omar has married her fundraising chief, she has announced.

She announced the wedding in an Instagram post, which was accompanied by the couple in a romantic pose. The couple, both of whom divorced their previous spouses late last year, tied the knot at an undisclosed location.
From partners in politics to life partners. So blessed,’ the Minnesota congresswoman wrote on her Instagram account under the black and white photograph.

The couple were wearing the same rings that DailyMail.com pictured them wearing in Washington, D.C. last week.

Both Omar, 37 and Mynett — whose company received more than $500,000 last year from her campaign — initially denied they were having an affair.

But sources in the Somali community in Minneapolis say she was forced into announcing the nuptials because of articles on DailyMail.com.

Go here to see the long story with lots of pics at the Daily Mail!

See my Ilhan Omar archive here at ‘Frauds and Crooks.‘