What a coincidence!  Two stories came my way yesterday, one from Tennessee and the other from Pennsylvania, where whistleblowers filed cases against large companies they said were scamming the US taxpayers and were handsomely rewarded for their good work on our behalf.

The first story at the National Law Review is this one from Tennessee: 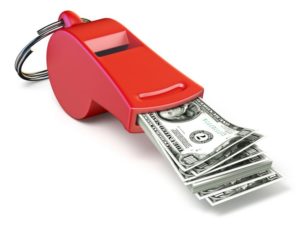 The Department of Justice (“DOJ”) announced another False Claims Act (“FCA”) settlement centered around a health services company’s practice of providing unnecessary therapy services to patients in order to receive the maximum amount of reimbursement under Medicare. The $9.5 million settlement is with Diversicare Health Services Inc, a Tennessee-based company that provides nursing and rehabilitation services at 74 locations throughout the country. Diversicare’s alleged violations are similar to those in a medicaid fraud case settled by the DOJ for $15.4 million two weeks earlier concerning fraudulent Medicare reimbursements for unnecessary rehabilitation services.

The settlement resolves two separate qui tam FCA lawsuits filed by whistleblowers Mary Haggard and Bryant Fitzmorris, both former Diversicare employees. Ms. Haggard will receive a whistleblower award of roughly $1.4 million, and Mr. Fitzmorris will receive $145,350. The FCA allows private citizens who possess inside information of fraudulently billing against the United States Government to initiate a lawsuit on the Government’s behalf to recover those funds. The citizens, known as qui tam relators, are then entitled to receive a share of any damages that the Government ultimately recovers from the litigation.

Then from Whistleblower News Review (cool, a newsletter for whistleblowers) comes this story from Pennsylvania:

Pennsylvania-headquartered Guardian operates over 50 nursing facilities in Pennsylvania, Ohio, and West Virginia. According to the whistleblower lawsuit filed by two rehab managers who worked at a Guardian facility in Carlisle, Guardian caused some of its facilities in all three states to bill the government for medically unnecessary services, at the highest level of Medicare reimbursement, solely to maximize profits.

The whistleblower complaint resolved by the $15.4 million settlement was filed under the False Claims Act (“FCA”). Under the FCA, whistleblowers with original information about a fraud can come forward and become eligible for an award ranging between 10 and 30 percent of any resulting recovery. The two whistleblowers in this case, Philippa Krauss and Julie White, will share a $2.8 million award.

How many more companies are ripping off US taxpayers via Medicare and Medicaid fraud?  I bet a lot.  So if you work for one and suspect fraud, check into becoming a whistleblower—it is the patriotic thing to do!

I have a bunch of posts about other successful whistleblowers, see here. 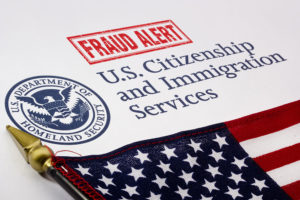 The woman sentenced to nearly six years behind bars is from Jordan—another ‘new American’ who comes from a culture where this sort of treatment of people of lesser stature is accepted?

From the Philadelphia Inquirer (h/t Judy):

N.J. woman who forced Sri Lankan woman to work as nanny, housekeeper for no pay is sentenced to nearly 6 years in prison

A federal judge in Camden on Tuesday sentenced a North Jersey woman to 5 years and 10 months in federal prison for forcing a Sri Lankan woman to work as a nanny and housekeeper in her homes for almost a decade without pay.

Alia Imad Faleh Al Hunaity, a.k.a. Alia Al Qaternah, 44, a naturalized U.S. citizen from Jordan, had brought the victim, a Sri Lankan national, to the United States on a temporary visa in 2009 to perform domestic work. Hunaity caused the victim to overstay her visa and remain in the United States illegally for more than nine years, federal prosecutors have said.

Hunaity, a cancer research scientist, was convicted by a federal jury in Camden in May on charges of forced labor, alien harboring for financial gain, and marriage fraud. She had forced the victim to cook and clean her homes in Woodland Park and Secaucus and to care for her three children, all without pay, prosecutors have said.

In 2018, Hunaity forced the woman — who was not identified in court — to marry her so that the woman could obtain legal residence and continue to work for her, authorities have said.

Hunaity also “forced the victim into a sham marriage” with Hunaity that brought the victim shame, Kugler said.

Hunaity, who worked in New York, has not been in custody. She was ordered to surrender at a date to be determined by the Bureau of Prisons and to pay the woman $1.2 million in restitution. In addition, the judge sentenced Hunaity to three years’ supervised release after the prison term.

There is more of the sick tale here.

You might want to check the UK Daily Mail in a day or two about this story.  It is right up their alley and they usually find good pics.

Guess I will have to make a category for ‘slavery’ here at ‘Frauds and Crooks.’